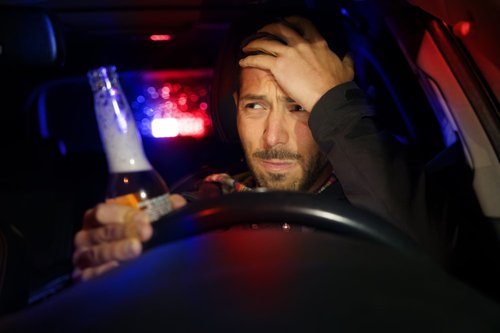 Despite intensive public education efforts and decades of increasing enforcement efforts and penalties, Canadians continue to drive while impaired by alcohol and/or drugs. According to Statistics Canada, 38,252 people were arrested for impaired driving in 2021. If police charged that many people with DUI (driving under the influence), how many impaired drivers did the police miss that year?

It's anyone's guess, but the DUI lawyers at TorontoDUI assume that the number is at least double, if not triple. You probably do not want to join the ranks of those arrested for impaired driving, so we'll give you two — no, make that three — bits of advice:

Well, in working on DUI cases daily, we are often surprised by how little many of our clients know about impaired driving, Canadian DUI law, and the consequences if caught. So, here is a comprehensive guide on what you can expect should you be arrested for impaired driving in Canada. And let's start with the worst-case scenarios — that is, the penalties.

First-time DUI? — No problem! That is unless you're convicted, which means that you'll be in a world of hurt. For a first-time conviction in Ontario, you can expect at a minimum:

If you did not learn the first time, the government will naturally ramp up the penalties should you be arrested for DUI again. And if your impaired driving ever impacts or threatens other people, you will be penalized further. You can check this out yourself by visiting Part VIII.1 – Offences Relating to Conveyances chapter of Canada's Criminal Code, and start with Section 320.14.

If it's your second DUI and you still haven't learned that you shouldn't drive while impaired, you will enjoy the same penalties as your first DUI, plus:

Those convicted of a third or subsequent conviction face the same consequences as a second-time DUI conviction, though the license suspension is permanent, and the mandatory jail sentence is a minimum of three months.

And the above penalties represent the bare “minimum." Judges can add more pain and suffering to your penalties and usually will if your impaired driving actions have proven to harm or threaten others. Aggravating factors that can lead to harsher sentencing for any DUI charge include:

Types of DUI and Evidentiary Matters

OK, now that we've reviewed the potential penalties, let's review the different types of DUI and what evidence police use in their efforts to convict you. When you are charged with DUI in Canada, police generally base the charges on at least one of these parameters (and sometimes combine the first two to enhance the likelihood of conviction):

to gain a DUI conviction, Crown prosecutors must prove “beyond a reasonable doubt" that:

“Beyond a reasonable doubt" is a crucial threshold prosecutors must meet to gain a DUI conviction. In mounting an effective defence, experienced criminal defence DUI lawyers strive to raise doubts about the Crown's evidence in their efforts to secure a favourable outcome. The police can and do make mistakes, roadside testing devices and breathalyzers can be faulty, and actions taken by you and/or the police before, during, and after your arrest may contradict evidence being used against you. An effective DUI lawyer will carefully examine all evidence to determine whether such mistakes, faults, and contradictions exist in their efforts to raise reasonable doubt.

To ensure the protection of Charter Rights, police must follow specific procedures before, during, and after an arrest. If your DUI lawyer can prove that police failed to follow such procedures or took other actions that violated your Charter Rights, the judge may nullify related evidence or even dismiss the charges depending on the severity of the violation.

Just because you are arrested for impaired driving does not mean you will be convicted of DUI. For this reason, you should always consult with an experienced DUI lawyer before considering a guilty plea. Potential DUI outcomes, whether pre-trial or in court, include:

Secure Your DUI Defence with TorontoDUI

To secure the best possible outcome for your impaired driving charges, consult with the DUI lawyers at TorontoDUI. With the successful defence of thousands of cases in the Greater Toronto Area, contact TorontoDUI for a free consultation.