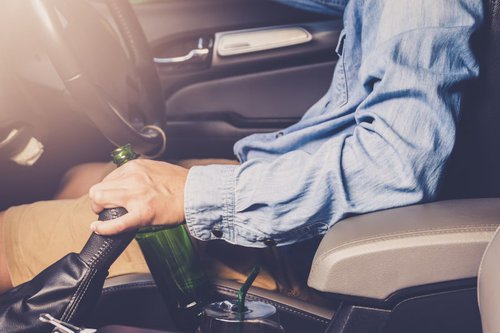 Is There Reasonable Doubt?

Consult with TorontoDUI for your Ontario DUI Defence Needs

Many people charged with drinking and driving (D&D) offences in Ontario are surprised to discover how severe the penalties are if they are convicted in court. Whether by pleading guilty or being judged guilty by the court, the various driving under the influence (DUI) charges are considered a "criminal" offence and can result in:

Thus, people facing D&D charges in Ontario contact our Toronto DUI legal team with the hope that we might be able to get them out of legal jeopardy. Such hope does not lack merit, as our experienced criminal DUI lawyers utilize numerous strategies in their efforts to mount a successful defence designed to get DUI charges dropped or settled in their clients' favour.

Every D&D case is unique and can involve any number of complicated distinct charges that call for differing defence strategies. "Over 80-plus mgs" charges are specifically based on breathalyzer readings, while "impaired driving" charges are based on physical evidence and witness observations. Courts treat "refusing to provide a breath sample" the same as the other DUI charges, which disadvantages defendants due to its apparent lower burden of proof. The burden of proof is complicated with "care and control" charges, as a suspect may not have even driven while impaired, but the Crown only has to prove that the defendant was in a position that would have made it possible to drive while impaired. The "zero tolerance" approach taken by courts with "underage impaired driving" makes these charges particularly challenging to defend.

To complicate matters further, police often charge suspected drivers with more than one of the DUI offences to boost their odds for getting a conviction. Impaired driving is often combined with refusing to provide a breath sample or over 80-plus mgs charges. DUI charges can also be paired with other traffic violations and/or more serious offences such as hit and run. Mounting a successful defence against multiple charges is challenging, but certainly worth pursuing.

The highly experienced criminal trial lawyers at TorontoDUI conduct an exhaustive examination of every detail related to the DUI charges to determine the best means of winning at trial or to produce the most favorable settlement possible. Getting the Crown to drop DUI charges before trial is rare, but our skilled lawyers can strategize a defence that can lead to the withdrawal of charges, reduced charges, mitigated penalties, dismissal, and even an outright acquittal. Let's now examine some of the strategies we use to win or otherwise mitigate DUI charges in Ontario.

Our defense lawyers are always alert to any potential procedural or evidentiary flaws within the Crown's case, as such can be utilized as leverage to encourage plea bargain negotiations that will lead to a withdrawal of DUI charges in exchange for a guilty plea for careless driving. Despite the monetary fine and negative points on the driving record that comes with a careless driving plea, it's a far better outcome than ending up with a criminal conviction for DUI. Note also that due to backlogs in court case disposition caused by the COVID-19 pandemic, Crown prosecutors are currently predisposed to make such deals. Your TorontoDUI lawyer can help you navigate the complexities of the law and legal system to ensure that you benefit from this Crown effort to reduce the backlog.

That all said, if the evidence the Crown intends to produce seems obviously flawed, or if we find clear violations of the defendant's Charter Rights, your defence attorney might outright reject pursing reduced charges as a strategy, in favor of seeing the charges dismissed or the defendant acquitted.

With this in mind, then, if you are arrested for DUI, try to keep track of everything that happens before, during, and after your arrest. Every action taken by police during the course of a DUI arrest could have an impact on your case and prove instrumental in securing a favorable outcome.

Is There Reasonable Doubt?

The last, though certainly not least, important factor that could be instrumental in winning a DUI case in Ontario is the concept of "beyond a reasonable doubt." In fact, "beyond a reasonable doubt" is the threshold the Crown must surpass to successfully establish guilt. For this reason, skilled DUI lawyers always raise questions about any element of a Crown's case that might cast doubts about evidence being presented. For example, doubt can be raised when testimony about the alleged impairment of the defendant differs between arresting officers and/or other potential witnesses. If an arresting officer testifies that the defendant was having difficulties walking, but other officers or the breathalyser technician testify that they did not witness such difficulties, reasonable doubt has been raised. On its own this might not result in an acquittal, but every such doubt that can be raised weakens the Crown's case and makes it more difficult to surmount the "beyond reasonable doubt" standard.

In considering "reasonable doubt," skilled lawyers always seek out ambiguities in the Crown's evidence in their efforts to win DUI cases. Has the breathalyzer machinery been properly maintained and operated? If there's any evidence suggesting otherwise, a good lawyer will bring it up. And with "care and control" charges, the defendant's intent to drive, as well as how easily they actually could take control of the vehicle, are always subject to debate and the raising of potential reasonable doubt. Again, a bit of reasonable doubt might not sink the Crown's case, but if enough can be raised, it may prove decisive in securing dropped charges or an acquittal.

For your Ontario DUI Defence Needs Consult with TorontoDUI

With a stellar record of successfully defending DUI defendants in the Toronto area, the criminal trial lawyers at TorontoDUI are dedicated to helping those charged with DUI in Ontario win their cases or otherwise secure a favorable outcome. If you or someone you know has been charged with DUI, or related offences, in the greater Toronto area, contact the expert lawyers at TorontoDUI today for a free consultation.