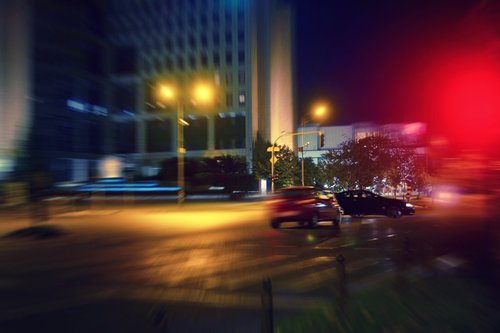 If you ever get behind the wheel after a few drinks, pause before turning the ignition key and consider how much your impaired driving might cost. Sure, you might arrive at your Toronto-area destination without difficulties, but what if you get arrested for driving under the influence (DUI)? Or, more worrisome, what if you get in an accident or, in a worst-case scenario, cause an accident that injures or kills other people?

The expert DUI criminal defence lawyers at TorontoDUI can help you out here by detailing the potential costs of your impaired driving. We'll start with the basic costs of a DUI arrest and conviction, which include the following:

You can do the math and hopefully conclude that such costs are not worth the risk of getting caught drunk driving. But there's more. Consider that a DUI conviction comes with a permanent criminal record that can jeopardize employment and future employment opportunities. Oh, and if you're in an accident, your insurance company will probably not foot the bill to repair or replace your vehicle.

Injure or kill other people while drunk driving? You can probably kiss your income goodbye because a conviction usually comes with a prison term. And you will undoubtedly face a personal injury or wrongful death lawsuit that further depletes your dwindling financial resources.

If you think about this before driving while impaired, we trust that it will encourage you to call a sober friend, taxi, or Uber.

So, What Does Drunk Driving Cost the Country as a Whole?

While we were thinking about the potential costs of drunk driving borne by the driver, we wondered how much impaired driving might cost Canada as a whole. Can such costs be quantified, and has anyone tried? And, even if not quantifiable, what are the societal costs of impaired driving? It's a tall order, but here's what we found.

Impaired driving is a crime because it has been conclusively proven to cause otherwise preventable traffic accidents that kill and injure thousands of Canadians every year.

Exactly how many, you ask?

That's a great question, but unfortunately, “[t]here is no current, comprehensive, national data available on the number of Canadians killed or injured in impairment-related crashes," according to MADD Canada. However, the organization estimates that “between 1,250 and 1,500 people are killed and more than 63,000 injured each year in Canada in impairment-related crashes."

MADD Canada acknowledges that its estimates are higher than the 1,074 fatality figure used in a Transport Canada report. We could not find this figure in any Transport Canada report, and its latest “Canadian Motor Vehicle Traffic Collision Statistics: 2020" report suggests that impaired driving contributed to 304 deaths, 1,385 serious injuries, and almost 18,000 other injuries in 2020.

The Canadian Council of Motor Transport Administrators conducted a comprehensive review of the “magnitude and characteristics of the alcohol-crash and drug-crash problem" in 2016. Its report — “The Alcohol and Drug Crash Problem in Canada 2016" — concluded that 570 of 2016's 1,925 traffic fatalities could be attributed to alcohol impairment. The report further concluded that 1,891 impaired drivers were responsible for causing at least one serious injury. With regard to drug impairment, researchers were only able to determine that 442 drivers who died in 2016 tested positive for drugs, and only 82% of driver fatalities were tested for drug use.

Combined, the Canadian Council's figures add up to just over 1,000 impairment-related traffic fatalities for that year, though these are much closer in line with MADD Canada's estimates than the data reported by Transport Canada.

Whether annual impaired-driving-related fatalities are an ultra-conservative 304 or a perhaps-exaggerated 1,500 doesn't really matter though. Nor does the exact number of severe and less-serious injuries. Each of those deaths functionally disrupts and emotionally devastates a Canadian family, as do many serious injuries. While not as devastating, the less severe injuries can also be traumatic.

To put this further into perspective, consider that most Canadians feel that the 158 deaths and more than 2,000 injuries suffered by Canadian troops during the 2002-2011 Afghanistan mission are a catastrophe of sorts. The annual casualty rate of impaired driving far exceeds the casualty rate of that 10-year war.

Due to a complete lack of “current, comprehensive, national data," quantifying the economic costs of impaired driving to Canada is even more difficult than determining the annual number of deaths and injuries. But let's first consider some of the primary variables that would contribute to these economic costs:

While we could not find any research devoted to uncovering specific costs of impaired driving that could be directly linked to any of these variables, a Canadian Institute for Substance use Research report might provide some insight. Its report — “The alcohol deficit: Canadian government revenue and societal costs from alcohol" — covers the difference between alcohol-related revenues and the societal costs of alcohol in 2014. While the government took in alcohol-related revenues of $10.9 billion that year, it did not offset the societal costs alcohol consumption has on health care, lost productivity, criminal justice, and other elements of society.

Broken down, the report notes that alcohol consumption resulted in net costs of about $4.2 billion to the nation's healthcare sector, $5.9 billion in lost production, $3.1 billion to the criminal justice system, and $1.3 billion to other elements. Drunk driving obviously contributed to some portion of these costs, but we can only guess at the proportions. We would have to say, though, that drunk driving likely contributed the most significant portion of the $3.1 billion in criminal justice costs. DUI is by far the most prolific alcohol-related crime addressed by our criminal justice system, and police and courts did not spend all that money handling those charged with drunk and disorderly.

Whatever the actual societal costs of impaired driving in Canada, the costs are too much because it is an unnecessary crime that causes needless deaths, injuries, property damage, and expenditure of public resources. In short, if you are at all impaired, call a friend, walk, take a cab, or resort to any other option instead of getting behind the wheel.

If you are charged in the Greater Toronto Area for DUI, you've probably contributed to the societal costs of impaired driving in Canada. But don't compound those costs by adding the personal costs that come with a criminal DUI conviction. Instead, seek out the legal skills of an experienced DUI criminal defence lawyer. Our skilled DUI lawyers can strategize legal defenses that lead to withdrawn charges, reduced charges, mitigated penalties, dismissals, acquittals, and other positive outcomes.

With more than 15 years of defending GTA defendants from all types of DUI charges, the DUI lawyers at TorontoDUI have successfully defended thousands of cases. If you or someone you know has been charged with a DUI, contact TorontoDUI for a free consultation.