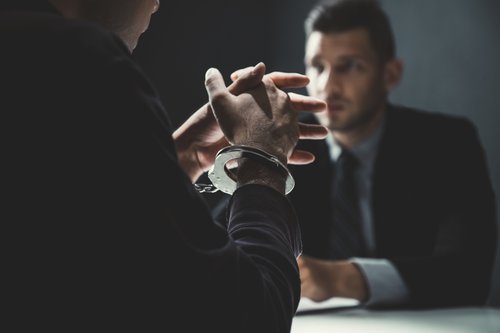 It's no understatement to claim that COVID-19 has done a number on Toronto. With quarantine affecting the livelihoods of individuals and businesses alike locally and internationally, just about everybody can feel the effects of a slower economy. But the global market hasn't been the only thing that's seen drastic change - crime trends have changed too, and that includes DUI and other criminal offenses.

The Nature of Crime Has Changed

But how does that work? Well, with the Quarantine Act and the fear of getting infected keeping people at home, closed-door crime has had a recent rise. Domestic abuse is a prime example of this. With nowhere else to go, families and individuals end up confronting each other more than usual.

In general, crime has definitely seen a drop as of late, thanks to people quarantined in their homes every day. Crimes such as shootings, robberies, and assaults have all gone down recently, for example. These crimes involve public confrontation with other people, and with far fewer people outside their homes at any given time, it's no wonder that there are far fewer incidents.

Other crime trends, however, have been a bit more perplexing to authorities. For example, car theft has seen a "significant rise" in Toronto. Officers aren't really able to explain why this crime, in particular, has seen a rise recently. It's possible, though, that with fewer people attending to their vehicles (since they have no reason to go out often), it gives more opportunities for car theft to occur.

And car theft isn't the only vehicle-related crime that's seen a change due to COVID-19. Today, we're going to be taking a look at what's different with these recent vehicle-related incidents, and what you can expect the next time you head out for some groceries.

How Exactly Has Crime Changed?

Before getting into the actual crimes, it's worth noting that even the way people report crime has changed as of late. While it is true that crime has, overall, gone down due to COVID-19, there has also been a substantial increase in online crime reports, as mentioned by Toronto Police Service. A possible explanation for this is that because people are holed up in their own apartments and homes, it makes reporting cases through websites a lot easier than phone calls.

DUI (Driving Under the Influence)

DUI has always been a fairly common vehicle-related crime. Occurring mostly during the wee hours of the morning or late at night, driving under the influence poses a large risk to not only the driver itself but also other drivers and civilians nearby. Efforts have been made for years to curb the crime, but DUI incidents still end up regularly occurring. That is, until the recent COVID-19 outbreak.

With the risk of getting infected growing every day, more and more people have decided that staying home is the best course of action. This, combined with the fact that bars, restaurants, and clubs have closed down to prevent gatherings, means that the only real place for people to intoxicate themselves is in their own homes. With nowhere else to go, drunk individuals have no reason to drive around town, hence the stark drop in DUI-related incidents and crimes.

And it's not just an Ontario thing - cities all over the world are currently experiencing drastically lower DUI cases than usual. Take Charleston in South Carolina, U.S.A, for example. The area had a total of 28 arrests last March, but only seven in April. That's a quarter of the previous number. A lot more people are taking the whole pandemic seriously, and are following the necessary procedures during quarantine, so that's to be expected.

Of course, these crimes do still occur - people will always find a way to drink with others, away from home. It's still important to be wary of DUI incidents occurring in Toronto, no matter how infrequent they have been lately. You can never be too sure.

Breaking and Entering or Burglary

Another crime that has seen a concerning (yet predictable) spike in occurrence would be commercial break-and-enters. As mentioned earlier, COVID-19 really did a number on the local economy, which resulted in many businesses closing down until things settled down. These unguarded businesses became the perfect targets for opportunistic burglars.

This is bad not only for the business owners but also for the local economy. These local establishments were already impaired to begin with, and at this rate, it'll be almost impossible for business to revert to normal even after the outbreak is dealt with. Unfortunately, there isn't much these business owners can do, as it's not like they can afford to stay and guard their establishments 24/7.

Interestingly enough, "domestic" break-and-enter cases (break-and-enter cases involving homes or apartments) have seen a sudden drop, unlike their commercial counterparts. Of course, this is also to be expected, as almost everybody's at home these days, giving no opportunities for burglary. It's a lot easier for criminals to target closed-down businesses instead of occupied homes.

DUI driving isn't the only vehicle-related crime that's seen a change in trend. Stunt driving cases, unlike DUI cases, have actually soared these past few weeks. For those unfamiliar with the term, stunt driving refers to driving more than 50 km/h over the speed limit in a given area.

Over in York, for example, stunt driving cases have gone up almost fourfold compared to last year. March 2019 only had 11 cases, whereas 40 cases were recorded less than three months back. You'd think that with quarantine being imposed, people would stay home at all times, but there's a reason for this - empty roads.

Thanks to the majority of the population staying home amid the outbreak, roads all over the country have gotten awfully quiet. With no obstructions or traffic in the way, more and more drivers are getting the opportunity to drive to their hearts' content. Speeds of up to 209 km/h have been recorded so far, which goes to show how attractive the idea of an empty road is to some people.

While fraud isn't a vehicle-related crime, it's still a criminal offense that's seen quite an interesting change in occurrence. Overall, frauds have occurred far less frequently, just like most other crimes. But what's interesting is that despite this, the number of COVID-19-related fraud incidents has surged up quite a bit.

And it's not hard to see why this is happening. All the panic and concern surrounding the COVID-19 outbreak has created a gold mine of opportunity for scammers and con artists to take advantage of those desperate to make it through these trying times. Selling face masks and alcohol at exorbitant prices, for example, has become a common fraud tactic worldwide due to the high demand for them.

What Happens If I Get a DUI?

Now, let's say that you've ended up getting a DUI, one way or another. It happens. But what do you do? It's not like things will go as usual, especially with gatherings prohibited due to quarantine. Is it even possible to hire a lawyer at this point? The whole process has changed since the onset of COVID-19, so we're going to break down how it works so you'll know what to expect.

First off, it's important to note that both the Department of Transportation and legal courts have limited capabilities and functions due to the COVID-19 outbreak. Because of that, having a DUI lawyer can be even more vital than usual, since they're able to give you advice that's suited for the changing legal processes.

So, how exactly do defense attorneys help out their clients that receive DUIs? The answer lies in their experience. Experienced defense attorneys know the ins and outs of DUI charges, and they're able to provide efficient solutions for these cases. This will allow you to focus on more pressing matters in your life, such as your safety and work.

Secondly, because of their experience, these defense attorneys have, at the very least, a general idea on the course of action to take amid the COVID-19 pandemic. Thanks to their knowledge, clients can expect smoother sailing than with attorneys that haven't worked in special cases before.

To meet with defense attorneys these days, it is common for law firms to keep in contact with their clients through video conference apps such as Zoom or Skype. That way, the firm can get as much information from the client as possible without risking any possibility of infection from COVID-19.

Aside from the video conferences, regular e-mails, and messages to the clients' smartphones are also sent. It maintains the transparency and information flowing as the case is resolved and allows the whole process to stay as smooth as possible. It may not be the face-to-face appointments that we're used to, but that's the so-called "new normal" for you these days.

And just because court hearings aren't really possible at the moment, that doesn't mean the law isn't being enforced at all. For example, in Iowa, local police are still pulling people over for suspected cases of DUI or DWI. At the end of the day, the law is still being upheld, no matter how impaired the government may be.

That's why we really strongly suggest that people who end up getting charged with a DUI get professional (and more importantly, veteran) experience. Depending on the severity or context of the case, the experienced attorney can help you by giving you advice and even lend a hand during future court appearances. These court appearances can either occur at a later date (once quarantine is lifted) or through video conference. Either way, you'll need to seek professional help for smooth sailing.

Finally, it's also worth noting that because of the whole COVID-19 situation, everyone (including the police) has gotten a little bit tenser than before. This normally wouldn't affect your day-to-day life, but in situations where you get pulled over, for example, there's always the possibility of an officer acting a little too overzealous over something minor. You can really never be too sure these days.

What Should I Do Now?

Now that we know that crime has changed since COVID-19 came around, what's next? Well, your best course of action is, of course, to not cause trouble at all in the first place. Try not to meet up with friends for a few rounds of drinks if you can help it. If you can't, you should at the very least stay put until you sober up.

Secondly, it's wise to always practice quarantine guidelines whenever you can. Of course, social distancing includes the whole "no social gatherings" bit, but if you've already ended up doing that, be sure to isolate yourself from anyone else for two weeks to make sure you don't get anyone else infected.

If you, however, do end up getting charged with a DUI, remember what we mentioned earlier and get in contact with experienced attorneys (like us). You're more likely to get an attorney that's up-to-date with the latest changes in the whole court hearing and judicial process if you keep in touch with one that has experience.

COVID-19 has not only changed the way we lived but also affected how frequently crimes occur. You'll need all the help and experience you can get if you're ever caught up with the law.