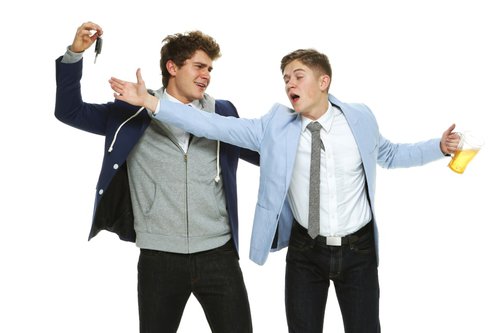 Legal penalties for driving under the influence (DUI) in Ontario are severe, but underage and newly licensed drivers face tougher DUI-related restrictions that result in additional penalties if broken. Ontario Drivers under the age of 21, as well as newly licensed drivers of any age (those with G1, G2, M1, or M2 graduated driver's licenses), cannot have the presence of any alcohol or drugs in their blood when driving. While older and fully licensed drivers typically avoid arrest with a low blood alcohol volume or minor signs of drug impairment, younger drivers and those with graduated licenses face charges and penalties for any sign of impairment.

Known as the "zero BAC" or "zero tolerance" rule, Ontario's zero tolerance approach adds an additional tier of penalties to the long list of potential DUI-related penalties. Underage and novice drivers who are arrested and charged for DUI with the higher standard blood alcohol volumes and/or noticeable drug impairment additionally face the same consequences as fully licensed drivers if convicted. This also applies to charges based on failure to provide a breath sample or care and control.

According to MADD Canada statistics, young drivers in Canada have the highest rates of traffic death and injury per capita among all age groups and the highest death rate per kilometer driven among drivers age 75 and under. Canadian youth ages 16-25 make up only 13.6 percent of the country's population, but account for more than 33 percent of all impairment-related motor vehicle accident fatalities. Motor vehicle accidents are the leading cause of death overall for this demographic, and alcohol and/or drug impairment is a factor in more than 55 percent of fatal accidents.

In light of these sobering statistics, Canadian provinces have been enacting or otherwise strengthening zero-tolerance regulations on their books for the past decade. In light of the country's 2018 legalization of marijuana, Ontario most recently strengthened its zero tolerance rules to ensure that cannabis and its derivatives were covered.

No matter what the age or experience, all drivers face standard criminal DUI charges if arrested based on blood alcohol concentrations above .08, refusing to comply with a demand for alcohol or drug screening, and similar DUI offences. This means going to court to challenge the charges or plead guilty, and, if convicted, facing the full slate of potential consequences this entails, including:

Compared to zero tolerance penalties, the above warning range consequences are mild. Zero Tolerance penalties for driving with a blood alcohol concentration below .08, or otherwise given in the case of potential drug impairment below standard criminal DUI thresholds include:

In addition to these penalties, anyone charged with a zero-tolerance offence may have their vehicle impounded if there is no one available to drive it away. A zero-tolerance charge is also recorded on your driving record, which means that your insurance rates will likely see a dramatic increase.

Consider Challenging Your Zero Tolerance Case by Consulting with TorontoDUI

While a conviction for a zero-tolerance charge is not as detrimental as a conviction for criminal DUI, it still may be worth challenging in court. Skilled Ontario DUI lawyers are highly adept at strategizing a defence that can lead to such favorable outcomes as withdrawn charges, reduced charges, mitigated penalties, dismissal or acquittal. Your DUI lawyer can determine whether the issue of reasonable doubt can be raised with regard to the alleged presence of alcohol or drugs in the blood or determine whether police made any procedural mistakes. Such findings by your lawyer can often lead to withdrawal of charges, dismissal, or outright acquittal. Depending upon the unique circumstances of the case, your DUI lawyer may suggest a negotiated plea bargain for reduced charges.

With more than 15 years of successfully defending Greater Toronto Area DUI defendants, the criminal trial DUI lawyers at TorontoDUI have proven highly effective at securing favorable outcomes for their clients. If you or someone you know has been charged with a zero tolerance or other DUI-related offence in the GTA, contact the highly skilled lawyers at TorontoDUI for a free consultation.