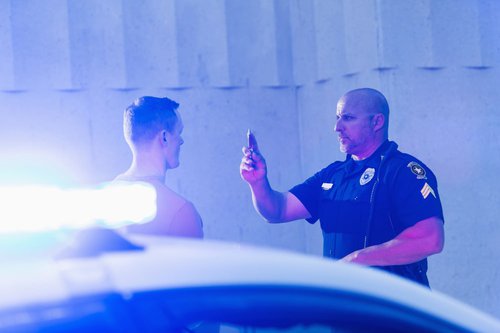 When people charged with driving under the influence (DUI) in Ontario find out how severe the penalties are if convicted, they usually want to know what their chances are of beating the charges. Naturally, the answer depends upon numerous factors as each DUI case is distinctly unique with a wide range of variables that can dictate its outcome. Statistically, though, you might be surprised to learn that your chances to beat DUI charges in Ontario are actually quite good.

According to Statistics Canada data, of the 20,604 impaired driving cases heard in Ontario criminal courts during the 2018-2019 fiscal year reporting period, only 9,803 (48%) resulted in guilty convictions. While only 428 cases resulted in outright acquittals, 10,302 (50%) were stayed or withdrawn, and 71 resulted in "other decisions."

Statistics Canada notes that acquittals represent cases in which the defendant was found not guilty of all related charges. Charges that were stayed or withdrawn also include dismissals and discharges at preliminary inquiry, as well as court referrals to alternative or extrajudicial measures and restorative justice programs. The "other decisions" category includes final decisions in which:

The Statistics Canada data also suggests that the chances of losing a DUI case in Ontario are slowly increasing. During the 2014-2015 fiscal year 46 percent of DUI cases resulted in a guilty conviction. This rose to 47 percent for the next three fiscal year periods, and then 48 percent for the latest available period as reported on above. Meanwhile the number of DUI cases going through the Ontario court system has been declining, from 24,276 in 2014-2015 to 20,604 in 2018-2019.

Don't Just Assume that the Odds are Naturally in Your Favor

These statistics suggest that you've got a greater than 50 percent chance of winning your Ontario DUI case. But these odds are not like flipping a coin. The above-cited acquittals, dismissals, withdrawn charges, stayed charges, and other favorable outcomes did not come about through some random roll of the dice. Most of these positive outcomes were likely the result of skilled legal maneuvering by experienced criminal trial DUI lawyers.

After all, Crown prosecutors do not just agree to withdraw DUI charges because the defendant seems like a nice person. Nor do judges decide to just dismiss or stay DUI charges because they happen to be in a good mood. No, these positive outcomes generally come about due to effective defence strategies, such as those wielded by the criminal lawyers at TorontoDUI.

There are no statistics that delineate how many people charged with DUI in Ontario manage to beat the charges without the legal guidance and representation from a criminal lawyer. But we're certain that the vast majority of the 52 percent of people who escaped a guilty finding in Ontario DUI cases in fiscal year 2018-2019 did so with the help of legal representation.

Think about it. To successfully mount a defence against criminal charges of any type you need to understand Canadian law in general and have a firm grasp of Canada's Criminal Code. Furthermore, you need to know how the legal process works in the courtroom. With regard to DUI cases specifically, check out the Part VIII.1 Offences Relating to Conveyances chapter of the Criminal Code. Most people lacking legal training are going to be hard pressed to figure out which of the 40 sections and 150 or so subsections apply to their specific case, let alone determine whether the Code was properly followed in relation to the DUI arrest.

This all serves to significantly limit the ability to raise reasonable doubts and/or challenge Charter Rights violations and other procedural mistakes, both of which often prove key in securing favorable outcomes. You can also forget about plea bargain negotiations, which nullifies any hope of securing a quick and easy resolution of the case.

As for court procedures, other than pleading "not guilty" when asked by the judge, few nonlawyers are able to effectively navigate the legal process in court. There's certainly a lot more to it than just declaring "objection" every time you disagree with something the Crown prosecutor says. And, yes, defendants without lawyers have the right to challenge evidence and police testimony, as well as present their own evidence and testimony. However, with limited legal knowledge such efforts typically lack a strategy distinctly targeting legal success. It's like trying to hit the bullseye while throwing darts blindfolded.

Going it Alone Without a Criminal Defence DUI Lawyer

We'd be willing to bet that quite a few of the 48 percent of people who were convicted of DUI during the fiscal year 2018-2019 did so without a criminal trial DUI lawyer. Some people just can't afford a lawyer and there are a few people who think they can handle the legal complexities of a DUI case without a lawyer. And, unfortunately, many people just don't realize how severe the penalties for DUI are and just throw themselves to the mercy of the court with a guilty plea. Bad idea….

Whether by pleading guilty or being judged guilty by the court, DUI charges are a "criminal" offence and can result in:

With more than 15 years of successfully defending Greater Toronto Area DUI defendants, the criminal trial DUI lawyers at TorontoDUI utilize a wide range of DUI case-winning strategies that have proven highly effective. This has helped TorontoDUI build a solid record of helping those charged with DUI in Ontario win their cases or otherwise secure a favorable outcome. If you or someone you know has been charged with DUI or related offences in the GTA, contact the highly skilled lawyers at TorontoDUI for a free consultation.