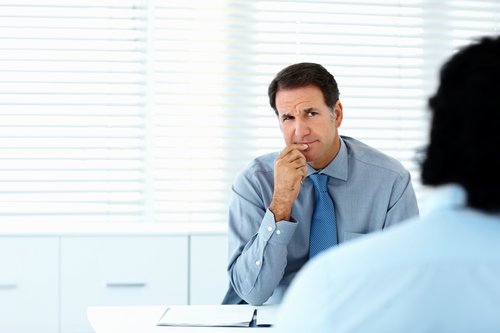 A charge of driving under the influence (DUI) of drugs or alcohol can disrupt your life in many ways. Any time you are found guilty of DUI, even if it's only your first offence, you stand the risk of paying a hefty fine and losing your driver's licence for a period of time. Moreover, you might find yourself with a criminal record. This can affect your employment, both now and in the future. Here are some ways in which a DUI criminal record in Ontario can change your career.

DUI and a Criminal Record

A DUI is a criminal offence in Canada, which means that it goes on your record and comes up whenever a potential employer searches for criminal convictions. However, it is important to note that the DUI only goes on your record if you are convicted. That means that simply getting pulled over and accused of driving while impaired by a police officer isn't enough to get a criminal record. If you feel that you were wrongfully charged, you can consult a DUI lawyer and fight the charge in court. If your lawyer succeeds in getting your case dismissed or settled for a lesser charge, you might avoid a criminal record. In this case, employers who search for legal issues in your past will not find any charges that would present a red flag.

Can DUI Prevent You from Getting a Job?

Strictly speaking, there is no law in Canada that prevents a person with a DUI on their record from getting any job they choose. However, certain employers might be less likely to hire somebody with a criminal record. For example, any job that requires regular driving tends to also require a clean driving record. An employer who examines your driving record and finds a DUI is within all legal rights to deny you for employment. Similarly, many government jobs and opportunities in the educational field require you to pass a background check before starting work. As a criminal offence, a DUI will show up on these checks and might jeopardize your job opportunities.

Will a DUI Ruin My Career?

There is no legal requirement that you lose your job if accused of a DUI, but more and more employers these days have requirements in their employee guidelines that give them the latitude to terminate an employee for criminal offences. The fact that you lose your driver's licence following a DUI conviction can have a huge impact on your career. If your job requires frequent travel, even a first offence can stop you in your professional tracks. Many employers also have a code of conduct that a DUI conviction might violate. Finally, a DUI may require you to enroll in a substance abuse program, which would require you to miss work. Your employer might go easy on you, but you can absolutely be fired because of DUI.

How Long will a DUI Stay on Your Record?

Once you have been convicted of a DUI charge, your record will never be the same. While many locations in the United States have a set period of time (usually between five and ten years) after which a DUI will be purged from a person's record, Canada is not as lenient. Because an impaired driving charge counts as a criminal offence, it remains on your record forever. This doesn't mean that you will always be branded a criminal. In fact, after a few years your insurance companies will likely lower your premiums back to their pre-DUI rate if you prove that the incident was a one-time mistake. However, employers who run a criminal background check will always be able to find that you have been found guilty of driving under the influence.

Do You Have to Disclose a DUI to a Potential Employer?

Many employers ask whether or not you have a criminal conviction during the application process. But is a DUI a criminal offence on a job application? The answer, unfortunately, is yes. You can always attempt to hide the conviction by not bringing it up during the application process and hoping that your employer fails to run a complete background check on you, but if you get caught doing that you might immediately get disqualified from the position. Unfortunately, no matter how you look at it, the relationship between a DUI and employment Canada is firm. A DUI conviction makes it harder for you to land a job, and you have very few options when it comes to making that conviction go away.

How Do You Get a Job with a DUI on Your Record?

Despite the fact that it lands you with a criminal conviction on your record, a DUI charge doesn't always prevent you from finding employment. If you apply to an organization that doesn't require a criminal background check, you don't have to disclose anything to anybody. Even if the matter does come up on a search of your records, getting a job with a DUI on your record is not impossible. If you display good judgment and behavior, have a strong personal record despite the conviction, and have an opportunity to explain yourself, you can put the DUI in proper context. It can still hurt your chances, but it doesn't necessarily disqualify you. Unfortunately, jobs like banking, teaching, and government work may be blocked off to you if you have a DUI.

What Jobs are Most Likely to be Affected by a DUI?

A DUI is more likely to derail certain career paths over others. First of all, the charge can completely destroy careers in fields where a criminal conviction is an automatic disqualification. This includes many government jobs and private sector jobs that have high security requirements, such as banking. Secondly, certain employers have a code of conduct that employees must adhere to even during their off hours. Teaching and public relations positions, for example, are likely to face higher scrutiny than other jobs. If you find yourself with a DUI conviction while in one of these positions, you may find yourself facing disciplinary action or even possible termination.

How Do You Stop a DUI from Getting on Your Record?

If you get pulled over and charged with a DUI, the best way to prevent it is to seek out an experienced DUI lawyer who can help you fight the charge. A lawyer who takes your case can review the public records covering police activity around your arrest and compare them with your own testimony. The lawyer can identify places where the arresting officer might have violated proper protocol, which could get your case thrown out. If you find yourself in a situation where you are likely to be found guilty of a DUI, your lawyer may be able to negotiate a settlement or convince the court that the incident should be charged as a summary conviction rather than a major offence. Finally, if you do get a DUI on your record, a lawyer can advise you on next steps to help mitigate the damage to your career.

Can You Removed a DUI from Your Record?

If you lawyer succeeds in getting your DUI charged as a summary conviction rather than a criminal offence, you don't have to worry about the impact on your record. Unfortunately, many DUIs get charged as criminal offences, resulting in all the devastating consequences listed above. There is one last thing you can try after getting a DUI on your record: a pardon from the Canadian government. To get a pardon, five years must have passed between the completion of the sentence and your application. However, if you apply successfully, the pardon seals that portion of your criminal record. The charge doesn't go away, but employers can no longer access it as part of a background check.

Is it Worth Getting a Pardon in Canada for DUI?

The question of whether it is worth getting a pardon for a DUI depends on what the personal and professional stakes are for you. Due to the length of time that it takes to get a pardon, the immediate consequences to your career cannot be avoided. However, if you plan to remain in a career field where such a crime might disqualify you for future positions, seeking a pardon can be well worth the effort. The key to getting a pardon is making sure that you apply for one in the full and proper manner. In this case, seeking out a lawyer who knows how to file pardon paperwork properly can be an essential step. The fewer mistakes you make, the more likely it becomes that your pardon will pass all necessary checkpoints and be approved.

As you can see from the information above, a single DUI can potentially ruin a promising career. There are ways to get the charge filed as a summary offence or to seek a pardon year down the line. If you find yourself accused of a DUI, an experienced lawyer can be your greatest ally regardless of your choice of action.