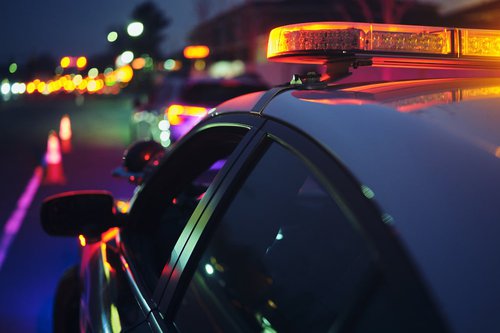 Canada has some of the toughest impaired driving laws in the world, with all driving under the influence (DUI) offences characterized as “serious criminality" under recent amendments to the Criminal Code. This “serious criminality" designation has significant implications for the country's immigrants and anyone seeking or planning to seek Canadian citizenship. Permanent residents who are convicted of DUI in the country can lose their status and face deportation, while those arrested for DUI outside of the country may lose their permanent residency status, work permit or study permit, if immigration authorities find out about it. A DUI conviction — whether in Canada or another country — will also impede one's quest for citizenship, even if the offence took place decades ago.

Prior to the 2018 amendments to the Criminal Code, DUI offences were characterized under Canadian immigration law as standard criminality. While this allowed immigration authorities to deny entry or deport foreign nationals for DUI offences, it did not apply to permanent residents. Because the amendments increased the maximum penalties for DUI offences to 10 years in prison, this automatically characterized the offences as “serious criminality" under immigration laws. While standard criminality only applies to foreign nationals, the more serious designation applies to permanent residents. It should be noted that some other driving offences — such as hit and run, flight from a police officer, and reckless driving — also fall under the purview of serious criminality, with similar repercussions for potential immigration status.

How a DUI May Affect Your Immigration Status

When a Canadian permanent resident is convicted of DUI in the country, the Canadian Border Services Agency (CBSA) notifies the offender that the offence meets the definition of serious criminality. The offender is provided an opportunity to respond to the notification and, based on the response and severity of DUI charges, the CBSA will determine whether or not to proceed with the deportation process. If the CBSA goes forward with the process, the Immigration Division of the Immigration and Refuge Board holds an admissibility hearing to determine whether the serious criminality warrants deportation. If the division decides the offender is inadmissible, a removal order will be issued. Those DUI offenders sentenced to less than six months of jail are eligible for appeal consideration by an appeals board, which will either uphold the removal order, set it aside, or otherwise impose conditions that will allow the offender to keep their status.

While CSBA officers at the border can deny entry into the country to foreign nationals who have had a DUI, they have no statutory authority to deny entry to permanent residents who have had one — whether in Canada or in a foreign country. Border agents can only refuse entrance to permanent residents who have received a final determination that they have failed to comply with residency obligations or have reached the date of their removal order.

That said, border agents that uncover potential out-of-country DUIs by permanent residents during border crossings typically report the offender up the chain of command for further investigation. This in turn generally leads to a notice from the CSBA that a removal process has been initiated.

At this juncture it should be noted that lying to CSBA officers about any DUI arrests or convictions is not a good idea. Not only can lying to border officials jeopardize one's immigration status, when combined with a DUI it will seriously limit the chances of successfully appealing a potential removal order.

A DUI will not impact the status of those who have already been granted Canadian citizenship by naturalization. However, citizenship granted under false representation (such as lying about a DUI arrest/conviction received in another country) could be grounds for revocation.

A DUI will definitely hinder one's quest to become a Canadian citizen. In fact, anyone charged with or appealing a DUI as an indictable offence — or its foreign equivalent — is ineligible for Canadian citizenship, according to the Citizenship Act.

How to Mitigate DUI Impacts on Immigration Status

A DUI can have serious implications for one's Canadian immigration status, but there are a few measures that can be taken to potentially mitigate the impacts. Any Canadian immigrant who is convicted of DUI in the country should seek a record suspension from the Parole Board of Canada. Such suspensions are not considered until a specified time period has passed (typically five years for DUI/10 years for indictable offence DUI), which means that it may not forestall a removal order. However, until a suspension has been granted anyone convicted of DUI is technically criminally inadmissible for residency (and entry into the country).

Those convicted of DUI in another country should apply for rehabilitation, which is applicable for anyone seeking residence in Canada who has been convicted of a crime (such as DUI) that may make them inadmissible for immigration. Again, this may not forestall a DUI-related removal order, but it may shorten the legal inadmissibility time period. As with Canadian record suspensions, there are mandatory waiting periods before an application can be considered.

Those facing a removal order or otherwise deemed inadmissible for entry into Canada, can also apply for a temporary resident permit to enter or remain in Canada. Valid for up to three years, this permit allows those with a criminal record, DUI, or other cause of inadmissibility to enter and remain in Canada for a designated time frame. The permission is granted to those who can prove that their reason for being in Canada outweighs any risks they present by their in-country presence. Immigrants trying to resolve their DUI-related status can use this permit to provide them more in-country time while trying to resolve their complicated situation.

Complicated being a keyword, as we recommend that anyone facing immigration-related difficulties relating to DUI, consult with an experienced immigration lawyer.

While we cannot address all immigration-related problems that might arise as a result of a DUI arrest, we can assist you with avoiding a conviction that might give rise to such difficulties.

With more than 15 years of successfully defending GTA defendants from all types of DUI charges, the DUI lawyers at TorontoDUI have proven highly successful at securing favorable outcomes for their clients. If you or someone you know with immigration-status concerns has been charged with a DUI, contact the highly skilled lawyers at TorontoDUI for a free consultation.