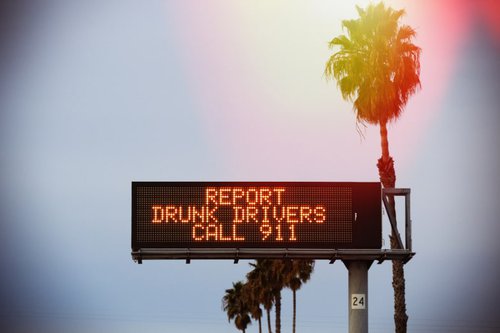 It's an interesting question and technically speaking the answer is yes, someone can be charged with DUI even months later. That's because Canadian and Ontario law treat DUI as a criminal offence, an indictable offence which does not include the short statute of limitations expiration date for prosecution afforded to summary conviction crimes. While the Crown can choose to prosecute a DUI as either a summary conviction offence or an indictable offence, until that decision is made, such cases are considered as indictable offences and not subject to the statute of limitations.

That said, getting charged with DUI after the fact is rare unless there are extenuating circumstances, such as a traffic accident, especially if the accident causes injury or death. Absent such aggravating factors, police and prosecutors have limited motivation to charge suspected impaired drivers who were not originally charged during the time of the alleged offence. This is primarily due to the apparent lack of evidence that can be used in most potential after-the-fact DUI cases.

Most After-the-Fact DUI Charges Are Related to Traffic Accidents

In relation to traffic accidents, though, the accident itself can serve as evidence and the obvious danger to the public caused by the accident represents a significant motivating factor for prosecution. Which begs the related question: How long after a traffic accident can you be charged with a DUI? And the answer is the same as it is for the question of after-the-fact DUI charges—that is, as much time as the Crown needs to gather evidence. The more serious the accident, the more time police and prosecutors might take to collect evidence and build their case. Additionally, after-the-fact DUI charges often arise in such cases because the suspected impaired driver was injured in the accident. The police might make moves to secure a blood sample and collect other evidence in such cases, but interviews with such suspects are usually delayed until they are physically healthy enough. As with all such DUI-related interviews, police should always inform suspects of their right to consult with a lawyer.

Concerns about whether someone can get charged with a DUI after the fact can be further allayed by a recent Ontario government directive. With the COVID-19 pandemic causing a massive backlog in case disposition, the Ministry of the Attorney General recommends that prosecutors no longer pursue criminal charges in impaired driving cases unless there are aggravating factors. The directive encourages prosecutors to allow defendants to plead guilty to the lesser, non-criminal charge of careless driving.

Thus, if Ontario prosecutors are currently seeking to cull via plea bargain deals the more than 6,000 impaired driving cases currently under review by the courts, it's not likely that they will be interested in adding to the tally by pursuing DUI after-the-fact charges. That is, unless the potential case involves egregious aggravating factors—such as accident causing death or injury—and that "there is a reasonable prospect of conviction and it is in the public interest."

Consult with Mass Tsang for your Ontario DUI Defence Needs

Legal technicalities involving after-the-fact DUI charges represent another example of how DUI case law tends to be exceptionally complicated and calls for the legal expertise of practiced criminal trial lawyers to help successfully defend against such charges. Whatever the DUI charge(s), skilled criminal trial lawyers—such as those at Mass Tsang—carefully examine all elements of the case to determine how to beat the charges or achieve the most favorable outcome possible. Mass Tsang lawyers have successfully defended thousands of Toronto-area DUI cases and have a solid record of securing favorable outcomes for their clients.

If you or someone you know is facing DUI charges in the greater Toronto area, contact the expert lawyers at Mass Tsang today for a free consultation.