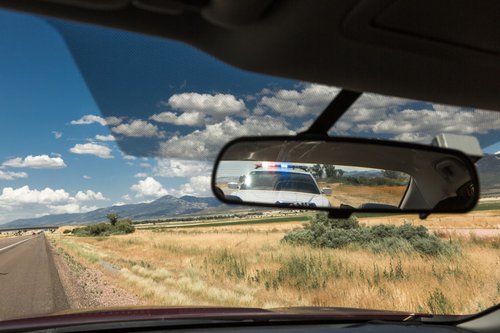 Ontario's RIDE (Reduced Impaired Driving Everywhere) program kicked into gear on November 21. This has likely led to an increase in recent DUI arrests as Toronto-area police perform more roadside checks than usual to specifically target drivers who may be under the influence of alcohol or drugs. Toronto-area police can and do conduct RIDE program operations at any time of the year. However, RIDE operations are typically conducted most often during the Christmas and New Year's holidays. They are also conducted during other holidays, such as Canada Day and Labor Day.

The RIDE program was first initiated in Etobicoke in 1977, where it was known as "Reduce Impaired Driving in Etobicoke." It proved successful in both increasing DUI arrests and in lowering the number of impaired driving-related accidents. Thus, its use expanded across Ontario, and is supported by government funding and grants. Along with roadside and moving spot checks, the program involves outreach efforts. This involves informing the public about the dangers of impaired driving and making potential impaired drivers think twice before driving.

RIDE involves setting up planned roadside or moving checkpoints to briefly stop and question drivers to assess whether they have been drinking or are under the influence of drugs. If an officer determines that a driver may be impaired, they can demand a breath sample into a roadside approved screening device. These devices are calibrated on a pass-fail basis, with blood alcohol concentrations greater than 100 mgs in 100 mls of blood serving grounds for immediate arrest for DUI. Drivers who get readings between 50 mg and 100 mg are subject to a warning, which involves an immediate three-day license suspension for a first offence. Drivers who pass the screening with a reading lower than 50 mg are allowed to proceed without further delay. Refusing to provide a roadside breath sample will also lead to an arrest, with DUI-related charges that carry the same penalties if found guilty.

The RIDE program is conducted under strict legal mandates to ensure that it does not violate a person's Charter Rights. The Supreme Court of Canada has ruled that it can only be used to briefly stop drivers to assess if they might be impaired, even in the absence of any probable cause. In the course of the brief stop, officers are also allowed to check motor vehicle-related information, such as valid driver's license.

The Link Between RIDE and Holidays

Police utilize the RIDE program during holidays because people tend to drink more during holidays. The number of impaired driving-related automobile accidents—both fatal and non-fatal—also tend to be higher during holidays. Holidays that create a three- or four-day weekend are especially problematic because almost 50% of all accidents involving an impaired driver occur on weekends.

The Christmas-New Year's period pretty much represents a full-week holiday. Thus, the period typically causes a spike in both DUI arrests and in impaired driver-related accidents across North America. While typically smaller, spikes in DUI arrests and impaired driver-related accidents also occur during other holidays. Labor Day and Canada Day tend to produce the biggest spikes after Christmas-New Year's, but all holidays lead to an increase in drinking and in the number of potential impaired drivers.

What You Need to Know About RIDE

With the RIDE program in full swing in Ontario and the GTA, drivers should obviously refrain from driving if they've been consuming alcohol or drugs. However, if you are arrested for DUI, or suffer other legal consequences, as a result of a RIDE program checkpoint, you should know your rights.

First, and most important, police can only utilize RIDE to assess sobriety and conduct a spot check for valid license, registration, insurance, and vehicle inspection sticker. Police cannot conduct searches or other investigatory actions beyond assessing driver impairment, although there are a few exceptions. This would include the presence of illegal drugs or weapons that are in plain view, or if an officer witnesses another obvious crime during the stop.

Bottom line is that if a police officer wants to find "reasonable suspicion," they can usually find it, but it can sometimes be successfully challenged in court. That is, except for that last point on admitting to drinking. No matter the amount, an admittance counts as grounds to demand a roadside breath sample. Thus, DUI attorneys advise all clients to never admit to drinking when questioned by police.

Third, with such a narrow mandate police have to follow strict procedures in carrying out RIDE program spot checks. Highly skilled DUI attorneys are adept at getting DUI charges dismissed when police fail to conduct RIDE program stops as required. Not only is the reasonable suspicion metric for providing a breath sample important to the case, but how the officer(s) conducted all elements of the RIDE stop. Simple things like unreasonable delays in conducting the roadside breath test or failing to inform the driver for the reason for the roadside check can be grounds for dismissal. Police procedures and conduct after placing a driver under arrest for DUI are also important. For example, unreasonable delays in processing or failing to provide access to an attorney are also grounds for dismissal.

If You've Been Arrested Due To RIDE, Turn to TorontoDUI for Your Defence

With a 15-plus year record of successfully defending DUI defendants in the Greater Toronto Area, the criminal trial DUI lawyers at TorontoDUI are dedicated to helping those charged with DUI in Ontario win their cases or otherwise secure a favorable outcome. If you or someone you know has been charged with DUI, or related offences, in the greater Toronto area, contact the highly skilled lawyers at TorontoDUI today for a free consultation.