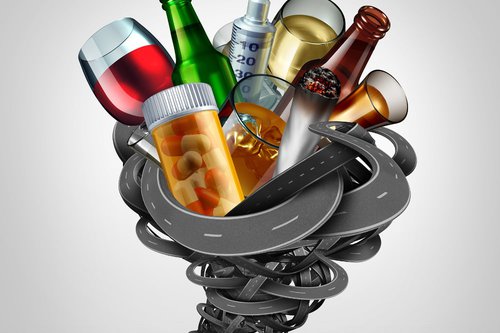 DUI is the acronym used in Ontario to describe "driving under the influence" of alcohol and/or drugs and covers all elements of the province's impaired driving laws. While most people assume that DUI primarily applies to alcohol impaired driving, police pursue controlled substance DUI charges just as aggressively when warranted.

Ontario police focus on drug-impaired driving is spurred in large part by a noticeable increase in the number of serious motor vehicle accidents that involve drug impairment. In fact, the Canadian government reports that the "percentage of Canadian drivers killed in vehicle crashes who test positive for drugs now actually exceeds the number who test positive for alcohol." The increased focus on drug impaired driving also arose due to the recent legalization of marijuana.

When the Canadian government legalized the possession, sale and use of marijuana in 2018 it also strengthened how marijuana and other drug usage is addressed within context of a controlled substance DUI. New legislation made it easier for police to test for and assess potential drug impairment, as well as use such test results as evidence during subsequent trials. As with alcohol impaired driving, there are different types of drug-impaired DUI-related charges that carry similar penalties if convicted. These include:

With the exception of the last charge, these are all criminal offences which result in a criminal record upon conviction along with the numerous other penalties and other negative consequences that come with such. Note also that underage and newly licensed drivers cannot have the presence of any alcohol or drugs in their blood when driving, which means the DUI charges are applicable to any detectable levels of drugs or alcohol no matter how small. Ontario's "zero tolerance" rule also adds an additional tier of penalties to the long list of DUI-related penalties.

Whatever DUI Type, the Penalties if Convicted are Severe

If you are arrested for controlled substance DUI in the Greater Toronto Area, you face the same severe penalties as someone arrested for alcohol impaired driving. And repeat offenders face ever harsher penalties with subsequent DUIs of any type. Right off the bat, anyone arrested for criminal DUI immediately faces:

The above represents just the initial extension of the long arm of the DUI law. Those convicted of a first-time DUI can further expect:

If there are mitigating factors involved with that first DUI, such as causing injury or property damages penalties can also include jail or prison terms. Subsequent DUIs entail mandatory jail terms, higher fines, and longer or permanent license suspensions.

Consult with TorontoDUI for Your Controlled Substance DUI Defence

Skilled Ontario DUI lawyers are highly adept at strategizing a defence that can lead to such favorable outcomes as withdrawn charges, reduced charges, mitigated penalties, dismissal or acquittal. Defence tactics for a drug impaired DUI often differ from those used to defend against alcohol impaired DUI cases. To some degree the basis for a drug impaired DUI is often more subjective than that of an alcohol impaired DUI. Roadside oral fluid sampling devices have not yet established the same level of historical reliability as that of BAC devices and arrests based solely on a certified drug recognition expert (DRE) evaluation are entirely subjective, which can open them up to a variety of challenges. Blood samples used to establish drug use can also be challenged as an improper search if the grounds for ordering such were not warranted by the DRE or roadside testing. In short, defence lawyers often have more avenues in which to mount a successful defence in drug impaired DUIs than they do in alcohol impaired DUIs.

With more than 15 years of successfully defending Greater Toronto Area defendants from all types of DUI charges, the criminal trial DUI lawyers at TorontoDUI have proven highly effective at securing favorable outcomes for their clients. If you or someone you know has been charged with controlled substance DUI or other DUI-related offence in the GTA, contact the highly skilled lawyers at TorontoDUI for a free consultation.