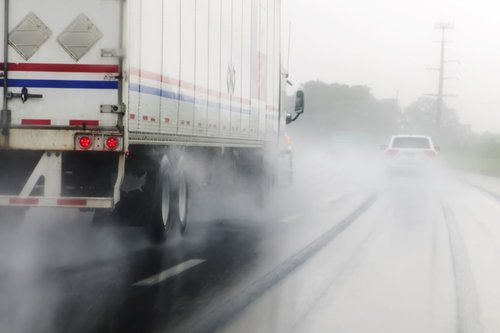 Canada's strict laws about driving under the influence (DUI) can impact Americans and other foreigners even if they haven't been arrested for DUI in Canada. That's because DUI in Canada is an indictable offence with a maximum penalty of 10 years in prison. And, under Canadian border control and immigration laws, persons who have been charged or convicted of an indictable offence are criminally inadmissible for entry into the country. Thus, any non-residents with a DUI who want to visit or otherwise enter Canada are technically barred from doing so.

This begs the question as to whether non-resident commercial truck drivers who have had a DUI are prohibited from entering the country. This is an important question given that between 30,000 and 40,000 commercial trucks cross the border daily and account for about C$750 billion in annual cross-border trade between Canada and the U.S.

Having a DUI has long been problematic for non-residents trying to enter Canada and border control officers could, and did, bar entry to those with DUI. Such denials were generally dependent upon the whims of individual border control officers and there was never a concerted effort to target border crossers who might have had a DUI. While DUI-related border entry restrictions apply equally to commercial drivers and non-professional drivers, it is believed that commercial truck drivers are generally not questioned as much about potential DUIs due to their important role in cross-border trade.

Prior to December 2018 anyone facing a denial of entry from a border official had legal remedy if the offence was more than 10 years old. Under what was known as the "deemed rehabilitated" policy, those initially denied entry could receive an on-the-spot rehabilitation. Further subjected to the whims of border officials—and payment of a fee—the granting of rehabilitation would overcome that initial inadmissibility.

In short, this is almost identical to the deemed rehabilitation policy that existed prior to the amended DUI laws, though those convicted after Dec. 18, 2018 are apparently out of luck. Note also that deemed rehabilitation is only applicable for those with only one DUI conviction. Anyone with multiple DUIs, DUIs combined with related charges, or a criminal record with other charges is ineligible.

While deemed rehabilitation represents a work around for helping non-resident drivers with a DUI enter Canada, that 10-year waiting period represents a significant limitation, as does the even more limiting pre-Dec. 18, 2018 deadline for eligibility. To overcome these limitations, a truck driver with a previous DUI could just hope for the best and assume that the chances of getting denied entry over the issue are slim. Of course, this course of action comes with risks that include denial of entry as well as subsequent difficulties trying to surmount the initial inadmissibility ruling.

To avoid such risks, non-resident truck drivers with a DUI who cannot be deemed rehabilitated have two legal courses of action. The quickest and easiest option is to apply for a Temporary Resident Permit (TRP), which allows entry despite having a DUI or other legal issues that might normally bar entry. Valid for up to three years, the TRP allows a person to enter or stay in Canada for a specified period of time and is applicable for multiple entries.

To qualify for a TRP applicants must have a valid reason for needing to enter the country. Cross-border trade represents a valid reason and will usually ensure TRP approval in spite of a DUI. Proper documentation—such as a letter from an employer or delivery contracts—that clearly demonstrates important cross-border commerce should be included when applying.

For a more permanent solution that doesn't require periodic renewal, non-resident truckers with a DUI should apply for permanent criminal rehabilitation. To be eligible, an applicant must have complied with all sentencing provisions at least five years prior and not be facing any other criminal charges.

Do Not Try to Resolve Your DUI Status at the Border

While it is possible for a non-resident truck driver to admit to a DUI and apply for a TRP at the border, there is no guarantee that one will be approved and issued that day. Border control officials need proof that the terms of sentencing have been complied with and that the applicant does not present a risk to Canada. Without the proper documentation and/or other proof in support of the TRP application, it might be denied. Likewise, know that the approval process for permanent criminal rehabilitation can take up to a year.

To secure the best chances of securing ongoing legal entry into Canada despite having a DUI, commercial truck drivers should consult with a lawyer who can help you navigate the paperwork and develop a clear path for gaining approval for the TRP and/or permanent criminal rehabilitation. In fact, most lawyers will recommend that applications for the TRP and criminal rehabilitation should be made at the same time in order to expedite a short-term and longer-term solution.

Note that multiple DUIs, DUIs combined with other charges, and a DUI arrest that has not yet been addressed at trial represent complicating factors that make legal advice even more imperative. Such complications make it more difficult to meet criteria needed by the government to justify granting a TRP and/or permanent criminal rehabilitation.

If you have had a DUI and are facing cross-border issues relating to DUI we might be able to help. With extensive knowledge regarding all elements of DUI law and more than 15 years of successful DUI defence in the Greater Toronto Area, the DUI lawyers at TorontoDUI are adept at addressing almost any DUI issue. If you or someone you know is struggling to resolve a DUI-related issue, contact the highly skilled lawyers at TorontoDUI for a free consultation.