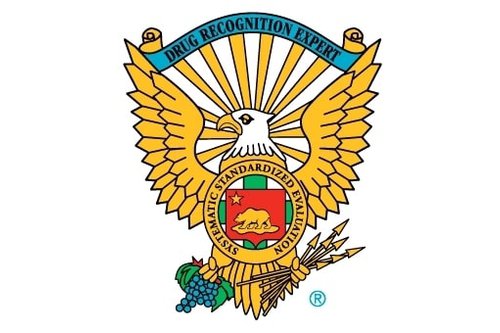 If you are charged in the Greater Toronto Area with driving under the influence (DUI) of drugs, the Crown can seek a conviction based on bodily fluid sampling, subjective evidence presented by a drug recognition expert (DRE), or both. Because bodily fluid sampling techniques, devices, and its presentation as evidence have not yet established the same level of historical reliability as that of blood alcohol concentration (BAD) devices, many drug impaired driving cases tend to hinge on DRE evidence.

This begs the question as to what gives the DRE's subjective evidence such sway in drug-related DUI cases? How can evidence presented by a DRE warrant more consideration in court than that of a regular police officer?

Well, first off know that police can lay impaired driving charges based solely on a standardized field sobriety test. If compelling enough, an office's sworn testimony about the test can be enough to result in a conviction. However, such subjective evidence is typically not strong enough to result in a conviction, so police tend to seek other evidence—such as breathalyzer readings—to bolster their case. In cases of drug impaired driving, police started bolstering their cases with drug recognition "experts" in the 1970s.

Because of difficulties getting convictions against drivers suspected of driving under the influence of drugs, the Los Angeles Police Department worked with medical professionals to develop what has become the International Drug Evaluation and Classification Program (DECP). Since its development in the 1970s, the program has since been accepted by all 50 states, Canada, the U.K., and Hong Kong. Police trained and certified under the DECP are acknowledged by courts a drug recognition experts, with their expertise accorded significant weight when presenting drug impaired driving evidence.

Under the program, officers undergo 152 hours of rigorous training to hone their skills in detecting signs of drug impairment. While standardized field sobriety testing provides the foundation for DECP training, targeting signs of "drug" impairment is the primary training focus.

If Ontario police determine through field sobriety testing that you may have been operating a motor vehicle while impaired by drugs, they can demand further evaluation by a DRE at the police station. Refusing to comply with this demand is considered the same as refusing to provide a blood alcohol concentration breath sample and will result in the related DUI charge, that comes with severe penalties if convicted.

Once at the police station, the DRE will carry out the following 12 steps:

Other than any bodily fluid testing—which is not under the control of the DRE—all evidence collected by the DRE is entirely subjective. This means that all DRE evidence is wide open to a range of potential challenges. This helps raises a situation in which the DRE asserts an opinion as near fact, but the defence rebuts with a contradictory opinion that could also be fact. Every challenge raises the potential for casting doubt on the DRE's "opinions" and a conviction must be based on exceeding reasonable doubt.

However, much like murder trial evidence about cause of death will hold much more weight if provided by a pathologist rather than a non-expert police officer, the GRE's evidence carries significant weight in drug impaired driving cases. Thus, anyone charged with drug impaired driving should always seek out the services of experienced criminal trial DUI lawyers who are highly skilled at the art of cross examination and adept at raising doubt.

Given the subjective nature of most drug impaired driving cases, skilled criminal trial DUI lawyers also examine other avenues for securing favorable outcomes. In some cases, such lawyers can convince the Crown to withdraw or reduce charges by pointing out obvious weaknesses in their case. In other cases, they might target procedural mistakes or violations of the suspect's Charter Rights to secure a dismissal of charges. Defence lawyers also have strategies for negotiating favorable outcomes and are often successful in securing plea deals that mitigate penalties and the potential criminal record.

Consult with TorontoDUI for Your Drug-Impaired DUI Defence

With more than 15 years of successfully defending Greater Toronto Area defendants from all types of DUI charges, the criminal trial DUI lawyers at TorontoDUI have proven highly effective at securing favorable outcomes for their clients. If you or someone you know has been charged with a drug-impaired DUI or other DUI-related offence in the GTA, contact the highly skilled lawyers at TorontoDUI for a free consultation.