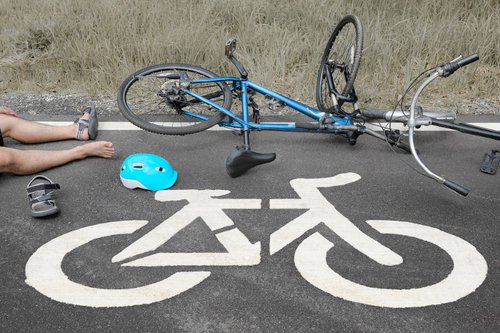 If you find yourself charged with a driving under the influence (DUI) offence in Ontario after getting pulled over while riding a bicycle, contact an experienced DUI lawyer as soon as possible. Contrary to popular opinion, facing a DUI on a bike is not an enforceable charge in Ontario, or anywhere in Canada - that is, unless the bicycle you are riding is an e-bike, or otherwise has a motor.

Read on to learn more about the common misconceptions about DUIs in Ontario, and to understand the limited circumstances that could lead to acquiring a DUI on your bike while intoxicated. With more than 15 years of experience and knowledge relating to the Greater Toronto Area's laws surrounding DUIs, we are equipped to examine all the elements of relevant case law in Canada, and are ready to help you make sense of your legal situation.

How the Criminal Code Fails to Address Bike DUIs in Canada

e-Bikes and Other Motorized Peddling-Assist Bikes

Based on the Criminal Code's definition of conveyance, you can get a DUI on a bike in Canada if it is an e-bike, or has an otherwise motorized peddling-assist device. While Ontario's Highway Traffic Act does not classify such bikes as motor vehicles, the presence of a motor makes them a "conveyance" subject to DUI charges under the Criminal Code.

However, not only does the Canadian Criminal Code trump the Ontario Highway Act in terms of authority, but Ontario courts have also established that e-bikes and other motorized peddling-assist bikes are in fact legally subject to DUI charges. While this does not stop defense lawyers from challenging such bike-related DUI charges in Ontario, it certainly raises the bar for mounting a successful defence.

A key point of contention involves the peddles: many defences against e-bike DUI charges rely on raising reasonable doubt that the e-bike was being powered by the motor. If the use of the motor is absent, the e-bike is technically not a conveyance under the law. Of course, such defences typically fail when the Crown demonstrates that the peddles have been removed, or can otherwise prove that the motor was definitely helping propel the bike at the time of the incident.

Other Legal Repercussions of Biking Under the Influence in Ontario

Even though you may be shielded from a potential biking DUI in Canada, you can still be charged for other offences on your bike. In fact, if Ontario police spot you riding a bicycle erratically, in an unsafe manner, or in any other ways that suggests impairment, they will likely pull you over to test or otherwise evaluate your sobriety. If their evaluation proves impairment, you can be charged under the Ontario Liquor License Act with public intoxication. Depending on the circumstances, police can also charge you with careless driving under the province's Highway Traffic Act.

While neither of these charges are criminal, they can lead nonetheless to a $50 fine for public intoxication, as well as fines between $400 and $2,000 for careless driving.

If you consume alcohol while riding your bike, or openly carry beer or liquor on your bike, you might be subject to a $100 fine resulting from the Liquor License Act's prohibition on openly carrying liquor. Note that the Act's definition of "open carry" is especially broad, covering even a missing beer from a six-pack's plastic ring holder.

To avoid such potential open carry charges, we suggest that anyone riding a bike, along with any other conveyance, always carry their alcohol in a knapsack or other bag that won't impede safe riding.

DUIs and Biking Laws in the US

While Canada's Criminal Code does not consider a regular bicycle a conveyance for the purposes of DUI laws, it is important to keep in mind that almost half of U.S. states do interpret bicycles as such, or have specifically codified bike DUIs in their impaired driving laws. Riding tricycles and unicycles while impaired can also result in a DUI in some states, as well as riding a horse, or any other animal.

Even Though You Cannot Get a Bike DUI in Canada, Biking While Intoxicated is Still Dangerous

While you may not be at risk of getting a DUI on your bike in Ontario if intoxicated, drunk biking is still dangerous. Alcohol affects your coordination, reaction time, depth perception, and ability to make good judgements. The higher the level of impairment, the more it impacts your ability to safely ride a bicycle. The potential injuries from a bike accident are further compounded by the fact that bicyclists have limited physical protection if they were to fall, or face a collision. If a bike accident involves a moving car, this can significantly increase the risk of serious injury or even death, as a moving car can pack thousands of pounds of force against a cyclist.

Even if it may not technically be against the law, it is strongly recommended that anyone under the influence of alcohol or drugs should avoid riding their bicycle, or any other "conveyance" that requires any degree of coordination.

Consult with TorontoDUI for the Best in Ontario DUI Defence

No matter what type of conveyance you might have been riding when charged, consult with TorontoDUI for a better understanding of your options for defence. Our criminal trial DUI lawyers at TorontoDUI have more than 15 years of success in defending Greater Toronto Area citizens facing DUIs, and we utilize a wide range of case-winning strategies that have proven highly effective, and have established a stellar record helping those charged with DUIs in Ontario win their cases, or to secure an otherwise favorable outcome. If you or someone you know has been charged with DUI or a related offence in the GTA, contact our highly skilled lawyers at TorontoDUI for a free consultation.