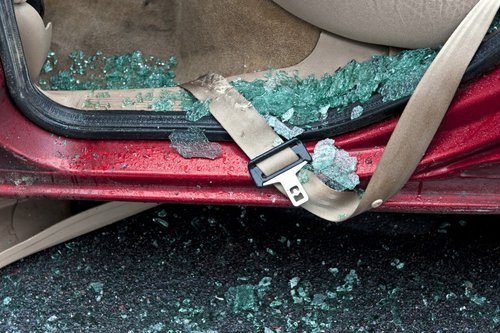 When most people think about how police make arrests for DUI, they visualize impaired-driving checkpoints and police pulling over motorists for erratic or dangerous driving. These safe driving tactics do result in significant numbers of Ontario impaired driving arrests every year, but police also make numerous DUI arrests annually due to traffic accidents.

Not that this should be a surprise because our government enacted impaired driving laws to cut down on the number of accidents caused by drunk and/or drug-impaired drivers. In particular, they were passed to reduce the significant numbers of Canadians killed or injured every year because of impaired driving-related crashes.

MADD (Mothers Against Drunk Driving) Canada believes that impaired-driver-related crashes kill between 1,250 and 1,500 Canadians per year and injure more than 63,000. This equates to four fatalities and 175 injuries every day. A 2021 National Post article points out that in Canada, which has the worst rate of drunk-driving deaths in the developed world, impaired-driving fatalities are the leading cause of criminal death, with numbers more than double that of annual homicides.

Accident-Causing or Not, Impaired Driving is a Criminal Offence

Most people charged with DUI who consult with our Greater Toronto Area criminal defence lawyers understand that an impaired driving conviction results in severe penalties. However, those who've been involved in an accident relating to their impairment often have no idea what the repercussions might be.

In Ontario, anyone convicted of DUI faces severe penalties, including a life-changing and potentially life-long criminal record. Even if you don't cause an accident, the penalties upon conviction are overwhelming and for a first-time offender, including at a minimum:

These minimum penalties are the same no matter which DUI category you were charged with: impaired driving, over 80-plus blood alcohol concentration, refusing to provide a breath or blood sample, and care and control. Second, third, and subsequent-time offenders face increasingly harsher versions of these standard penalties. This typically means longer jail (or prison) time, higher fines, and longer license suspensions.

Section 320.22 of Canada's Criminal Code describes aggravating factors judges should during sentencing in all DUI cases. These factors are:

These aggravating factors can motivate a judge to add jail time to a first-time DUI offender's sentence and may also encourage the Crown to pursue a conviction as an indictable offence with its more severe imprisonment potential. Judges may also consider other potential aggravating factors as they see fit. And, trust us, most judges perceive impaired-driving-related accidents to be an aggravating factor.

Even absent injuries or death, you should know that your involvement in an impaired-driving accident can also result in other significant costs involving insurance. Your insurance company may deny any of your claims for damages based on your impairment, and you will find it difficult and costly to secure future vehicle insurance.

DUI-Related accidents that cause injury or death are so "aggravating" as a factor that the Criminal Code has a separate and harsher category of minimum and maximum penalties upon conviction. If you are charged with DUI causing bodily harm as an indictable offence, the maximum sentence is 14 years imprisonment and a minimum $1,000 fine as a first-time offence. Minimum penalties for subsequent DUI offences are sequentially longer jail terms starting at 30 days. As a summary conviction offence, causing bodily harm can result in a maximum sentence of a $5,000 fine and/or two years less a day in prison. The minimum penalties as a summary conviction offence are the same as they are for an indictable offence.

DUIs resulting in death are solely charged as an indictable offence, with a maximum life sentence in prison. The minimum sentence—which, in our opinion, would be highly unlikely to occur with any such charge—is the same as the minimums provided under DUI causing bodily harm.

Delayed DUI Charges After an Accident

If you were involved in a traffic accident while impaired but were not charged by police for the impairment due to needing medical care or other reasons, you should still contact a skilled criminal defence lawyer. Police can and do charge suspected impaired drivers long after an accident has occurred. Sometimes police and the Crown need to secure more evidence before laying charges, especially in cases that involve injuries or death. While police may have secured blood samples and other evidence at the time of the accident, your injuries may have prevented them from interviewing you. If they are building a case, they will want to talk to you when you are healthy enough. Know that when they do request an interview, they are required to inform you of your right to consult with a lawyer.

If You Have Been Involved in a DUI-Related Accident, Consult with TorontoDUI

The criminal trial DUI lawyers at TorontoDUI have more than 15 years of experience helping Greater Toronto Area clients resolve their DUI charges successfully. We rely on a variety of DUI case-winning strategies to help our clients secure the most favourable outcomes in their cases. If you or someone you know has been charged with DUI or related offences in the GTA, contact the skilled criminal defence lawyers at TorontoDUI for a free consultation.