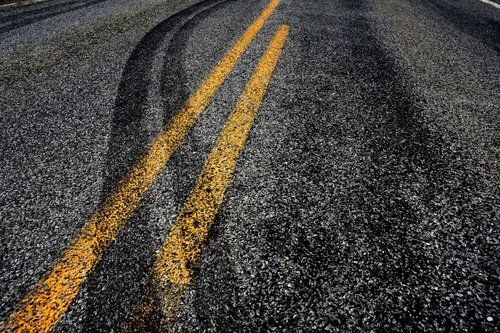 Even before the start of automobile mass production in the early 1900s, people realized that operating these horseless carriages while inebriated might not be such a good idea. In fact, the first known arrest for drunk driving occurred in London, England in 1897 after a taxi driver lost control of his cab and crashed into a building. As the vehicle couldn't drive faster than 8 m.p.h., damage was minimal and there were no injuries. However, because the accident represented a potential threat to the public and the taxi driver readily admitted to being drunk, police charged him with drunken driving even though there wasn't officially a law against it. The taxi driver, who apparently failed to hire a lawyer, pled guilty and paid a fine of £1 (roughly $135 in today's dollars).

The first known drunk driving laws in North America were enacted in New Jersey and New York. A New Jersey county passed a statute in 1906 stating that "no intoxicated person shall drive a motor vehicle" and came with a $500 fine or 60-day sentence in the county jail. The state of New York enacted a similar law in 1910, followed by the state of California and, subsequently over the ensuing decade, all states.

Canada first addressed the legality of drinking and driving in a 1920 Alberta appeals court decision—R v. Nickle—that ruled that driving while drunk was an unlawful act. Meanwhile, the Canadian parliament enacted the country's first summary conviction offence in 1921 for "driving while intoxicated," which carried a seven-day jail sentence for a first offence.

Over the ensuing decades, U.S. states and the Canadian parliament and provinces continually amended drunk driving laws, established blood-alcohol concentration (BAC) testing, and adopted devices designed to measure inebriation levels, starting with the drunkometer in 1936 and the first iteration of today's breathalyzer in 1953. Despite all of these measures, drunk driving was an endemic problem throughout North America by the 1970s. Starting in the late 1970s, and spurred in large part by activist organizations such as Mothers Against Drunk Driving (MADD), governments started taking measures to lower legal BAC levels, raise minimum drinking ages, increase penalties for impaired driving, launch public outreach efforts, and encourage law enforcement to take more aggressive moves against drunk driving.

Such efforts, which continue to this day, have resulted in a significant decline in impaired driving rates. In Canada, the national rate of police-reported impaired driving incidents dropped by 67% between 1986 and 2017. The rate has since been climbing and experienced a 19% year-over-year increase in 2019, in large part attributed to the legalization of marijuana.

In Ontario, impaired drivers were responsible for 1,902 motor vehicle collisions in 2017 and involved in 208 fatalities attributed to impaired (alcohol and/or drugs) driving. Meanwhile, more than 20,000 people were arrested for impaired driving-related offences in Ontario during the year.

Despite significant progress, drunk driving—and its impaired-by-drug sibling—remains a serious problem. With this in mind, TorontoDUI thought it might be a good idea to review strategies that have helped reduce impaired driving and perhaps consider whether such strategies should be enhanced or modified.

Canada initiated a 0.08% BAC threshold for a lower-level impaired driving charge in 1969, which was amended in 1976 to make it on par with impaired driving. Meanwhile, almost all U.S. states had much higher BAC thresholds, with some even as high as 0.15%, which is almost twice as high as Canada's. This essentially meant that millions of Americans could legally drive with levels of impairment that would most certainly be considered unacceptable to most North Americans today.

As states lowered their BAC thresholds in the late 1980s going into the 1990s, there were noticeable declines in traffic fatalities and injuries attributed to drunk driving. While other anti-drunk driving strategies were initiated at the same time, there is little doubt that lowered BAC thresholds helped with the reduction in drunk driving. This is supported by surveys that reported a reduction in the number of people admitting to driving after consuming amounts that could meet the threshold. When Massachusetts lowered its BAC from 0.10% to 0.08%, the number of people who said they had driven during the past month after consuming four or more alcoholic drinks fell from 9% to 4%.

There has been a more recent push throughout North America to reduce the BAC threshold to 0.05% (MADD advocates for a 0.00% threshold). Research suggests that a further reduction in BAC thresholds would lead to a greater reduction in drunk driving traffic accidents. Opponents argue that such criminalization over a couple of drinks is draconian and would do nothing to prevent hard-core drunk drivers from getting behind the wheel.

Speaking of a 0.00% BAC threshold, Canadian provinces and most U.S. states have enacted such thresholds for younger drivers to address their relative high rate of alcohol-related traffic fatalities. Evidence suggests that such measures have helped reduce rates of alcohol-related youth traffic incidents and fatalities, with one study showing that 12 states that initiated zero tolerance laws experienced a 20% and greater decline in nighttime fatal crashes involving drivers aged 15-20.

Zero tolerance laws appear to be most effective when combined with vigorous outreach efforts to inform youthful driving that impaired driving will not be tolerated.

Perhaps ironically, U.S. states started raising their minimum legal drinking ages to 21 a decade after Canadian provinces lowered theirs from 20 to 21 to either 18 or 19. The increase in state drinking ages was spurred by 1984 legislation that withheld federal highway funding to any state that failed to make the increase. Naturally, all 50 states complied. The U.S. National Highway Traffic Safety Administration believes the increase had saved at least 15,000 lives by 1996. Other research suggests that youth who grew up under the age 21 drinking age threshold consume less alcohol on average than youth who grew up under the lower minimum drinking ages.

Meanwhile, researchers in Canada have determined that lowered minimum legal drinking ages in Canada corresponded with a 13% to 15% increase male motor vehicle fatalities. Another study has determined that raising the drinking age across Canada to 21 could prevent the deaths of up to 32 male youth aged 18-20 per year. While there are periodic calls to raise the drinking age across Canada generally, and in Ontario, specifically, there appear to be no current initiatives to do so.

Field sobriety checkpoints serve a dual purpose in that they are effective at apprehending impaired drivers and serve as a deterrent to those who might otherwise consider driving after drinking. Studies have shown that they prove most effective as a deterrent when combined with outreach and publicity notifying the public that the police are actively targeting impaired drivers. One of the most extensive sobriety checkpoint initiatives ever conducted in North America involved 900 checkpoints that stopped 150,000 drivers during the course of a year in Tennessee. The state experienced a 17% reduction in alcohol-related traffic fatalities when compared to the five states surrounding it.

Ignition interlock programs, which have been adopted by all Canadian provinces and all U.S. states, definitely prevent real-time drunk driving by individuals and are helping reduce repeat drunk driving arrests. An ignition interlock device works by combining the equivalent of a breathalyzer to a vehicle's ignition. Drivers must blow into the device to power the ignition and a BAC reading above a pre-set limit (0.02% in Ontario) prevents the vehicle from being started.

Ontario uses a carrot and stick approach with its ignition interlock program. All DUI offenders must participate in the program for a specified period of time when their license is reinstated, but first-time offenders can reduce the length of their driver's license suspension by voluntarily participating in the program.

Overall, the mandatory use of interlock ignition devices as part of a DUI license re-instatement is being readily adopted by provinces and states across North America.

Whether by governments or public interest groups, media campaigns have long been used to discourage impaired driving. Such campaigns are used to raise awareness about the problem, encourage individual behavior change, and to generate public support for other initiatives to prevent impaired driving. Due to the cost and difficulty of assessing the impact of such campaigns, there is limited research measuring their effectiveness. However, at least two studies have determined that such campaigns do little to alter individual behavior relating to drinking and driving.

Other Initiatives and Strategies Used to Curb Impaired Driving

Impaired driving isn't just a North American problem and countries around the world struggle to curb drunk and drugged driving. Some countries have come up with innovative and/or harsh initiatives in their efforts to cut down on impaired driving.

Police in Canada can impound the vehicles used by impaired drivers, but owners can recover such vehicles by paying a fee. In France, El Salvador, and Costa Rica, impaired driving laws allow their police to sell such impounded vehicles rather than return them to their owners.

Middle Eastern countries are known for their harsh laws and use of lashing, and many take a harsh stance on the consumption of alcohol. Thus, those convicted of DUI in the United Arab Emirates face a sentence of 80 lashes along with a months-long jail term.

Australia publicly shames impaired drivers by publishing their names and photographs in local papers, while Sweden bases its DUI fines on the wealth of the offender. Public shaming might be a good deterrent, but incremental fines based on one's wealth will likely not be a deterrent for either the poor or the wealthy.

Along with driver's license suspensions of between three to five years, Poland sentences impaired drivers to mandatory attendance at a series of political lectures. Perhaps Polish politics is especially painful.

South Africa might have the toughest DUI laws in the world, as the penalties for a first offence include 10-years in prison and/or a $10,000 fine. Unfortunately, such harsh penalties aren't proving much of a deterrence as the country has the world's highest rate of drunk driving incidents and the highest traffic fatality rate attributed to impaired driving.

While the DUI lawyers at TorontoDUI trust that these strategies to prevent impaired driving will prevent you from getting a DUI, everyone is at risk from making errors in judgement. If you make a judgement error or otherwise find yourself facing DUI charges, we might be able to help you avoid onerous legal penalties. We rely on a wide range of DUI case-winning strategies to help our clients, which has provided us with an impressive record of helping those charged with DUI in Ontario win their cases or otherwise secure a favorable outcome. If you or someone you know has been charged with DUI or related offences in the GTA, contact the highly skilled lawyers at TorontoDUI for a free consultation.