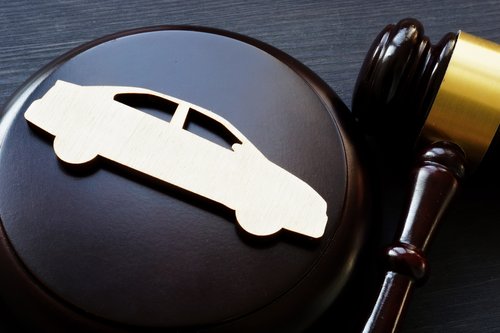 In this article we will discuss all of the factors that come into play when a client is fighting the drinking and driving charge of over 80 in Ontario.

What is the impaired driving?

What is considered a motor vehicle?

What does impaired driving over 80 mean?

When can police give you a breathalyzer?

How you can be charged with driving over 80 in Ontario:

Can I refuse a breathalyzer test?

What is the penalty for impaired driving in Ontario?

After you receive a drinking and driving charge:

What can a drinking and driving lawyer help with?

What is the impaired driving?

Simply put, the definition of impaired driving in Ontario is operating a motor vehicle while the driver is under the influence of alcohol or drugs. Many people are actually shocked to learn that the term "motor vehicle" does not only apply to just the traditional car.

What is considered a motor vehicle?

The following are considered motor vehicles, if you are caught over the legal limit of alcohol in your system and you are operating any of the following, charges over 80 charges may be laid by police:

What does impaired driving over 80 mean?

The most common meaning of the term "charges over 80" refers to the fact that a driver was operating his or her motor vehicle with more than 80mg of alcohol for every 100ml of blood in their system. Operating a vehicle while your blood alcohol level is above 80 mg is considered impaired by Ontario standards and is against the law.

Most people who are arrested for driving over 80 mgs had no idea that they had consumed over the legal amount of alcohol. Many drivers say that they drive because they don't "feel drunk" and that they think they are ok to drive. Unfortunately, a driver does not need to feel drunk or impaired for them to be considered driving under the influence. Often times having just one more drink can be the difference between having too much alcohol in a drivers system, resulting in the driver receiving a DUI charge. Often times, the driver does not realize they are putting themselves and their passengers at risk by having "just one more drink". What if a driver is not weaving all over the road and doesn't appear drunk? What are other reasons a police officer would request that a driver take a breathalyzer test?

When can police give you a breathalyzer?

The police have the right to ask a driver to take a breathalyzer when:

How you can be charged with driving over 80 in Ontario:

Can I refuse a breathalyzer test?

If a police officer instructs a driver to take a breathalyzer test and they refuse to take it by either flat out refusing and saying no to the officer, or by not providing a sufficient sample, for example, pretending to blow into the device so it does not register a reading, that person will be charged with refusing/failing to comply. At this point, the Crown will be required to prove their case beyond a reasonable doubt.

What is the penalty for impaired driving in Ontario?

According to the Ministry of Transportation of Ontario depending on how concentrated your Blood Alcohol Level (BAC), or how many times you have committed a drinking and driving offence, will determine how harsh or severe your punishment is.

The minimum penalty for a drivers first drinking and driving offence:

The minimum penalty for a second drinking and driving offence is:

The third drinking and driving offence:

Drinking and driving charges are all unique and require careful consideration, planning and deliberation when it comes to proving our clients case. When meeting with your lawyer for the first time, it is very important to tell him/her all of the facts that are related to your case. Sometimes, it is hard to know which facts are important and which are not, a general rule of thumb is to tell your lawyer everything and they will determine from there.

After you receive a drinking and driving charge:

In order to give you good legal advice, a lawyer must know all the facts. You should start thinking about your legal defence the moment you are arrested and taken to the police station. It is imperative to remember as many details as possible, such as: time, sequence of events, locations, and conversations you had. When meeting with your lawyer show up prepared, make copies of all important documents, and also print out a copy of everything you remember about the day/night you were arrested. This will speed up the process and provide a more clear understanding of your arrest to your drinking and driving lawyer.

What can a drinking and driving lawyer help with?

The Lawyers at Toronto DUI can deal with even the most complex, complicated and difficult cases for clients. We are experts in building a strong drinking and driving defense for clients we represent, which often times result in the best possible outcome. We have helped hundreds of our clients avoid jail time, large fines and license suspensions. We have also worked diligently to ensure some of our clients did not receive a criminal record. Let our expert legal team at Toronto DUI help you win your case!

A DUI is a severe charge that can stick with you for a very long time. Anytime you receive a DUI it is imperative that you fight your charges. Often times there is lack of evidence or there are interfering issues within your case that will prevent the Crown from proving their case. Hiring a drinking and lawyer will make sure that this incident will not derail your life.

Be sure to see an impaired driving lawyer as soon as possible, when all of the details are still vivid in your memory. Avoid having a criminal record and incurring expensive fines, contact us! To learn more about how we can help you fight your case, contact Toronto DUI today for a free consultation at: 416-800-1322.