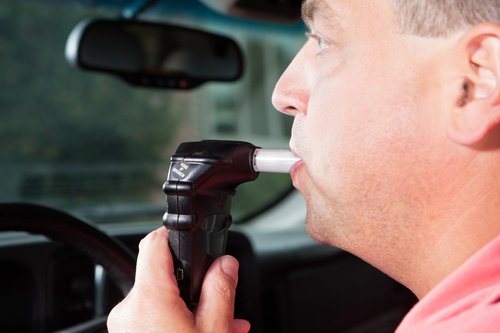 If you are convicted of driving while under the influence (DUI) charges in the Toronto area, you to need to familiarize yourself with Ontario's Ignition Interlock Program. Participating in the program is a mandatory component of reinstating your license after you have complied with other conditions of your DUI sentence, which include at a minimum:

While the Ignition Interlock Program serves as one of many sticks to encourage sober and safe driving, the Ontario government is also using it as a carrot to encourage faster resolutions of DUI trials in the Crown's favor. Persons who plead guilty to the charges within a designated time period are eligible to reduce their driver's license suspension period with the installation of an ignition interlock device.

This Reduced Suspension with Ignition Interlock Conduct Review Program can also be accessed by first-time offenders who do not plead guilty, though the conditions for approval are more difficult to meet. But more on this program's details further below, after we have covered the basics.

Ontario's Ignition Interlock Program relies on an in-vehicle breathalyzer machine that prevents your car from starting if it detects blood alcohol concentrations (BACs) over a pre-set limit. The device is linked to your vehicle's ignition system and requires you to blow into it prior to starting—If you don't blow, you won't go. You're also not going to go anywhere if you blow over the 20 mg of alcohol per 100 ml of blood limit (BAC 0.02). Additionally, to ensure that you're not tempted to tipple while on the road, the device periodically requests random breath samples while you're driving. Failure to provide a breath sample or exceeding the limit will cause the car to activate your lights and horn in an alarm-like fashion until you pull off the road and turn off the ignition.

If you're convicted of a DUI-related criminal charge or receive three administrative suspensions (blowing a BAC warning level of over 0.5 but less than 0.8) within 10 years, this device will likely become part of your driving life. After you have fulfilled all other conditions of your sentence—including the license suspension term—your license will be reinstated with an ignition interlock designation. This mandates the installation of an ignition interlock device on your own vehicle(s) and/ or only allows the legal driving of vehicles equipped with such. The ignition interlock mandate is applicable for:

When enrolled in the Ignition Interlock Program and/or its related Reduced Suspension with Ignition Interlock Conduct Review Program, you must follow numerous conditions to remain in compliance with the program. Naturally, if you are caught for any impaired driving-related offence, you risk expulsion from the program and a re-suspension of your license. Other program violations that can result in program expulsion include:

Those enrolled in the Reduced Suspension with Ignition Interlock Conduct Review Program undergo periodic performance reviews that monitor device activity. If the device shows that a participant has blown over the BAC of 0.02 when trying to start their car, program terms will be extended by a minimum of three months. Missing a performance review can result in the same penalty.

In addition to stringent program requirements, participation in the program(s) is costly, with fees covering installation, removal, monitoring, calibration, insurance, adding up to at least $1,500 per year, and rising beyond $2,000 depending upon the service provider and vehicle to be equipped.

Get Your License Suspension Reduced

Eligibility requirements are strict and offenders must be in compliance with all other terms of their sentence and have completed the assessment component of the Back on Track program. While the program's guilty plea provisions had mandated a 90-day maximum time period between the date of the offence and the guilty plea for eligibility, the current maximum time period is 282 days due to COVID-19-related reduced court operations.

Although the program certainly seems enticing to those who can't stand the thought of a long-term driver's license suspension, we suggest that anyone contemplating a DUI guilty plea consult with a skilled lawyer to ensure that all legal options are fully considered. While that guilty plea might expedite the return of your driving privileges, it comes with numerous other legal penalties and disruption to your life, not to mention a criminal record.

If you have been charged with a DUI in the Greater Toronto Area, you'll need to consider how various outcomes may impact your life. While securing an expedited return of driving privileges with a guilty plea may seem tempting, experienced DUI lawyers are highly adept at strategizing a defence that can potentially lead to a more favorable outcome. Your DUI lawyer can analyze the details of your case to determine the best approach and asses the chances of securing withdrawal of charges, reduced charges, dismissal, or outright acquittal.

With more than 15 years of successfully defending Greater Toronto Area DUI defendants, the criminal trial TorontoDUI lawyers have proven highly effective at securing favorable outcomes for their clients. If you or someone you know has been charged with a DUI-related offence in the GTA, contact the highly skilled lawyers at TorontoDUI for a free consultation.