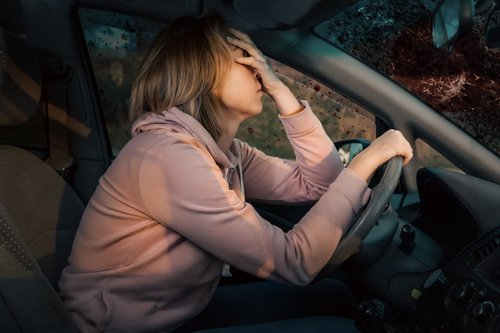 If you are convicted of driving under the influence (DUI) of alcohol and/or drugs, your sentence will result in severe penalties no matter where you live and which province's police made the arrest. DUI is a federal criminal offence under Canada's Criminal Code. As such, any penalties you might incur from an out-of-province DUI will follow you to your resident province.

If you live in Toronto but get a DUI while on vacation in British Columbia—or vice versa—you cannot escape any repercussions of a conviction. The driver's license suspension ordered by the court applies in both the arresting jurisdiction and throughout the country. Your home province's transportation ministry will receive notification about the out-of-province DUI, which will generate the license suspension from the issuing agency.

Poof! You cannot run. You can't hide. If convicted, your license will be suspended no matter where you go.

In fact, an out-of-province DUI arrest poses more significant challenges than an arrest in one's home province. Consider first the time you will need to spend in court. It's bad enough to take time off work to attend court proceedings in your home province, but can you imagine having to travel halfway across the country, perhaps multiple times?

And do not even think about skipping court hearings, as failure to appear in court may subject you to a warrant for your arrest and additional criminal charges that could result in up to two years imprisonment.

The challenges continue if you are convicted of an out-of-province DUI because you are subject to the specific penalties mandated by the arresting province's laws and those mandated by your resident province. The potential implications depend in part on each province's specific DUI laws.

Meet these Challenges with a Competent DUI Defence Lawyer

To meet the challenges posed by an out-of-province DUI—or any DUI—you should always consult with an experienced DUI criminal defence lawyer, such as the ones at TorontoDUI. A DUI defence lawyer can help you navigate the complexities of the arresting province's DUI laws and how they might intersect with your home province's laws. More importantly, a skilled DUI lawyer can help you mount a defence against the challenges and strategize tactics that can lead to a favourable outcome, such as withdrawn charges, dismissed charges, acquittal, or a reduction of charges to a lesser offence.

If you are arrested anywhere in Canada for DUI, you are being charged with violating any number of provisions covered under the Offences Relating to Conveyances chapter of Canada's Criminal Code. Every province enforces the federal DUI offences detailed in this chapter, which include:

The criminal Code also proscribes minimum and maximum penalties for violating the offences and details aggravating factors judges should use to assess the harshness of penalties. The provinces likewise apply these provisions to those convicted of DUI. Section 320.19 (1) of the Code details the federal punishment for the basic DUI categories, with the minimum penalties for a first-time DUI consisting of:

As if the federal penalties were not harsh enough, the provinces tack on their own penalties and sanctions. While provincial penalties vary, they typically include:

Ontario's distinct DUI penalties can be found here on the Ontario Ministry of Transportation's website.

If you are convicted of an out-of-province DUI, you will likely face challenges related to the differences between DUI penalties between the arresting province and your home province. For example, if you are arrested for a first-time DUI in Ontario, you face a mandatory ignition interlock period with your license reinstatement. However, if you live in a province that does not mandate that requirement, what happens? Can the Ontario mandate be applied by your home province once its ministry of transportation learns of the DUI? And what of fines? Will you have to pay both the arresting province's supplemental fine and your home province's supplemental fine?

No single answer can satisfy these and related questions, as each province addresses DUIs and their penalties differently. Most provinces will generally honour court orders handed down in other provinces. Thus, if you live in Nova Scotia and are convicted of a first-time DUI in Ontario, the Nova Scotia government will require you to participate in its ignition interlock program even though it is not a mandated penalty for its first-time DUI convictions. Regarding fines, this varies, too, and some provinces might make you pay their supplemental fines and fees on top of those you were ordered to pay in the arresting province.

To determine the exact intersection between the arresting province's penalties and those of your home province, you will need to consult with a competent DUI defence lawyer. Your DUI lawyer should be able to figure out the implications of your out-of-province DUI and, ideally, strategize tactics designed to mitigate all impacts of your DUI.

If you're an out-of-province resident who's been arrested for DUI in Ontario, the skilled DUI lawyers at TorontoDUI might be able to help. With extensive expertise in DUI law and more than 15 years of successful DUI defence in the Greater Toronto Area, our lawyers can help you navigate the complexities of our province's legal system and strategize an effective DUI defence. We can help limit the time needed for court appearances and address the intersection between provincial DUI laws, as warranted. If you or someone you know is facing an out-of-province DUI or any impaired driving-related legal issues, contact the highly skilled lawyers at TorontoDUI for a free consultation.