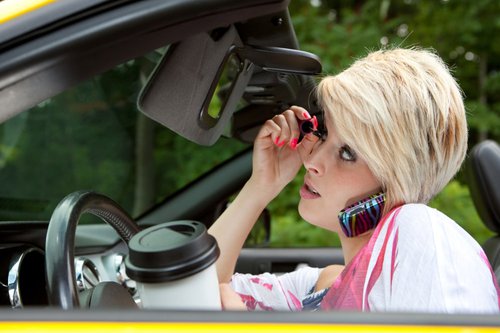 While careless driving and dangerous driving can both lead to traffic accidents, injuries and death, many people in Ontario are confused about how these driving offences are categorized under the law. This confusion is further heightened by the criminal negligence offence category, which can be applied to drivers after an accident.

The most important thing to know is that dangerous driving and criminal negligence charges are—similar to DUIs—criminal offences, which can subject you to severe penalties and a criminal record. Careless driving, on the other hand, is not. Let's take a closer look at these three motor vehicle offence categories to better understand how they are addressed by police and the courts.

Careless Driving is Not a Criminal Offence

Unlike dangerous driving and criminal negligence-related driving offences, careless driving is a not a criminal offence and not a provision in Canada's Criminal Code. Careless driving charges are laid out under Section 130 (1-6) of Ontario's Highway Traffic Act. To secure a conviction for careless driving, prosecutors need only prove that the driver was being careless, inconsiderate to others on the road, or made an error in judgement while driving.

Dangerous Driving is a Much More Severe Offence

Dangerous driving is defined under Section 320.13 of the Criminal Code, as anyone "who operates a conveyance in a manner that, having regard to all of the circumstances, is dangerous to the public." Unlike careless driving, prosecutors have to prove that a driver intended to drive dangerously in order to secure a conviction. Along with intent, prosecutors need to prove that the driving was "dangerous" and represented a threat to the public.

The police and/or Crown may lay criminal negligence causing death or bodily harm charges rather than dangerous driving charges when a traffic accident causes death or injury. Section 219 (1) of the Criminal Code describes criminal negligence as anyone "who in doing anything, or in omitting to do anything that it is his duty (under the law) to do, shows wanton or reckless disregard for the lives or safety of other persons."

Charges of criminal negligence causing death or bodily harm while operating a motor vehicle seem to be quite similar to dangerous driving charges. However, Ontario courts have established precedents to help distinguish the two and that make clear that criminal negligence is the greater offence. In R. v. L.(J.), [2006] O.J. No. 131 (Ont. C.A.), the Court of Appeal for Ontario established that dangerous driving is based on there being a "marked departure" from what would be construed as reasonable driving conduct. Criminal negligence, noted the court, should be based on a "marked and substantial departure" as characterized by a wanton or reckless disregard for the life or safety of other people.

If you are facing dangerous driving or criminal negligence charges, you should always seek out the legal expertise of experienced criminal defence trial lawyers. With the risk of a criminal record and sever penalties, you cannot afford to defend yourself or assume that as a first-time offence the court will go easy on you if you plead guilty. A skilled criminal defence trial lawyer will carefully analyze the Crown's evidence to assess the extent at which it supports the charges. Based on this assessment, your lawyer can strategize an applicable defence designed to achieve the most favorable outcome possible. Even if the Crown's evidence seems overwhelming in its support of the charges, your lawyer may be able to negotiate a reduction of charges or otherwise mitigate potential penalties.

Consult with TorontoDUI for Your Criminal Driving Defence

With more than 15 years of successfully defending Greater Toronto Area defendants from all types of DUI-related charges, the criminal trial DUI lawyers at TorontoDUI have proven highly effective at securing the most favorable outcomes for their clients. If you or someone you know has been charged with a DUI or other criminal driving offences, such as dangerous driving, contact the highly skilled lawyers at TorontoDUI for a free consultation.