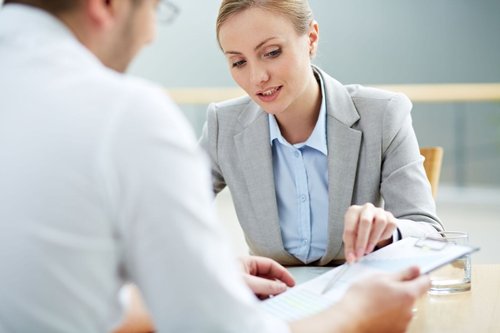 Everyone knows you shouldn't get behind the wheel if you've been drinking. Despite constant warning messages and PSAs, however, drinking and driving remains one of the worst public health problems in the country. In fact, among 19 wealthy countries, Canada was recently ranked No. 1 in roadway deaths linked to alcohol impairment.

Still, many residents of Toronto don't completely realize what a DUI charge means for their life and what the consequences of having this mar on your permanent record could mean for the future.

Let's take a look at a few important facts that may shock you about drinking and driving in Toronto:

1. A DUI is a criminal offence.

A lot of Canadians have the mistaken view that a DUI is just a small crime that will mean paying a few fines and having your license suspended for a short while. However, this is not an accurate assessment of what a drinking and driving charge means. In Toronto, a DUI is a criminal offence and comes with major consequences.

2. Drunk driving charges can affect your chances of getting a job.

If you plead guilty to a drinking and driving charge and don't opt for assistance from an impaired driving lawyer in Toronto, your entire life will change. This begins with having a DUI on your permanent record, which will be visible by prospective employers, who may choose not to hire you because of your criminal record.

3. DUI charges can be dropped.

Contrary to popular belief, DUI charges can be dropped. But you'll need a competent impaired driving lawyer on your side to have this happen. DUI charges generally get dropped for one of two reasons.

First, your impaired driving lawyer is able to find serious flaws with the Crown's case against you. Second, a plea bargain is agreed to, which will lower your charges to careless driving instead of the criminal offence of a DUI charge.

4. You should never plead guilty to a DUI charge right away.

People do make mistakes, and it's possible you got behind the wheel when you probably shouldn't have. But even if you feel you've made a mistake in your judgment, you shouldn't automatically plead guilty to a DUI charge.

By initially pleading not guilty and hiring an experienced impaired driving lawyer, you give yourself a fighting change. You make sure that all intricacies of your case are exposed and you have a fair trial.

5. If you're charged with a DUI, you won't be able to drive for a full year afterward.

Most convictions of impaired driving in Toronto will mean a penalty of one full year of suspension from driving. This is only one of the negative consequences of a drinking driving charge, however. You'll also need to pay large fines and penalties, go through a mandatory treatment program, and possibly even spend time in jail.

6. Second and third offences are even worse.

If you thought the consequences of a first DUI charge were bad, second, third, and higher offences are even worse. With a second charge, you'll have a minimum license suspension of 3 years, a jail sentence of 30 days minimum, and other penalties. Third offences come with a lifetime license suspension (with a possibility of reducing it to 10 years), a minimum jail sentence of 120 days, and other fines and penalties.

7. You can't beat a drunk driving charge without help from a reputable lawyer.

To learn more about your legal options and to book a free consultation, contact Toronto DUI today.