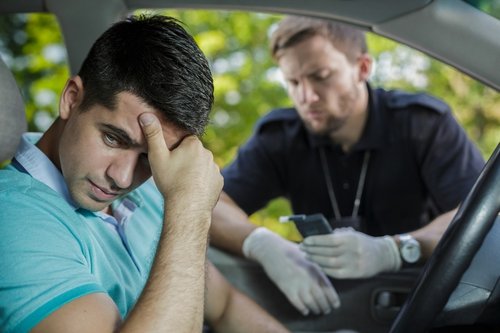 For law enforcement to adequately test your blood alcohol concentration (BAC) percentage, they must perform a roadside test involving a breathalyzer.

A breathalyzer is a machine that gives the officer a reading that estimates your BAC percentage. If your percentage is over the 0.08 threshold, then you could be arrested. In some cases, offers will arrest you in the “warn" range of 0.05 to 0.08 per cent.

Law enforcement is always on the lookout for individuals who are drinking and driving. In fact, during the end-of-year holidays in 2012, more than 693 drivers were arrested for having a BAC over 0.08 per cent. That was the highest number of arrests in eight years. There were an additional 625 arrests made for individuals in the warn range, showing that you could be arrested without even going over the limit.

Can You Refuse a Breathalyzer and Avoid a DUI?

DUI lawyers in Toronto highly recommend not refusing the breathalyzer. Whether you have had a drink or not, refusing to take the test results in an automatic 90-day license suspension, $198 administrative penalty, and your vehicle will be impounded for one week.

Also, you could still be convicted of a DUI in Ontario without taking a breathalyzer test. However, the Criminal Code must be followed when arresting a person for a DUI if they have no breathalyzer results on record.

If law enforcement does not abide by those rules, then you could justify your reasons for not taking the test, and your impaired driving lawyer in Toronto may be able to have the case dismissed.

Are There Valid Reasons to Refuse?

Perhaps you think you should refuse because you do not believe you are impaired, or you fear the results will be worse than the consequences. While there is always a reason to reject, it is in your best interest to not refuse.

Officers Must Have Reasonable Suspicion

While you should not refuse, an officer must prove that they have reasonable suspicion to request the test in the first place. An officer cannot stop a vehicle randomly and request a breathalyzer without probable cause.

The criminal code clearly states that the police officer must have reasonable grounds to suspect that you have alcohol or drugs in your body and that you have operated a vehicle while under the influence of them.

Sometimes, police officers will make a video recording of your performance in the coordination test to prove that they had reasonable grounds to request a breathalyzer. Therefore, if you are obviously impaired in the video, refusing a test could still result in a DUI conviction.

Did You Refuse a Breathalyzer or Were You Arrested? Contact an Impaired Driving Lawyer in Toronto Now

Refusing a breathalyzer test can result in severe penalties, and your Toronto DUI lawyer may need to create a defense that prevents you from going to jail based on a videotape or police officer's testimony.

Explore your legal options now by contacting Mass Tsang, LLP at 416-800-1319. You may also schedule your free consultation online.