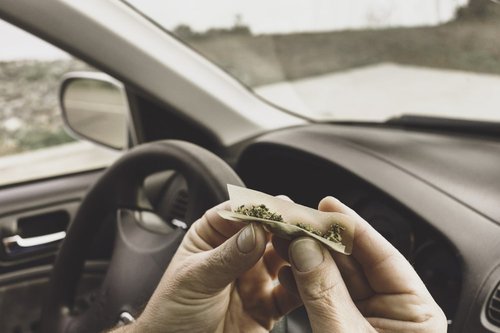 According to the latest Statistics Canada data, the number of people charged with driving under the influence of drugs in Ontario increased by 360% between 2010 and 2020,. In 2010, Ontario law enforcement agencies arrested 313 people on drug-related driving under the influence (DUI) charges, a tally that hit 1,440 in 2020. Given that much of this increase surged starting in 2018, we assume that a large proportion of the increase can be attributed to Canada’s legalization of marijuana that year. This assumption, it should be noted, is supported by the dramatic increase in Greater Toronto Area clients seeking criminal defence for Cannabis-related DUI.

The title of this article asks whether you “can drive under the influence of cannabis in Ontario.” The experienced criminal defence lawyers at TorontoDUI have two answers: “not safely” and “not legally.” So, let’s take a closer look at the laws in Ontario relating to cannabis consumption and driving a motor vehicle.

As with other drugs and alcohol, the government believes that cannabis negatively impacts driving skills by:

Because so many variables affect everyone’s cannabis impairment, “there is no guidance to drivers about how much cannabis can be consumed before it is unsafe to drive or how long a driver should wait to drive after consuming cannabis.” That said, the government has established prohibited levels of THC—the primary psychoactive component of cannabis—that it can use to legally establish impairment.

Cannabis may now be legal in Canada, but if you drive under its influence, you are subject to the same laws that apply to alcohol-impaired driving. Section 320.28 (5)(a) of Canada’s Criminal Code distinctly lists cannabis as a drug subject to all the Code’s provisions covering the operation of a motor vehicle while impaired. As with alcohol impairment, cannabis-impaired drivers are subject to the same DUI charges, which include:

Whether cannabis, alcohol or some other drug, the penalties for DUI are all the same and subject to the same aggravating factors that can increase their severity. Minimum penalties and likely supplementary negative impacts for a first-time DUI conviction, by cannabis or otherwise, include:

The administrative warn range penalty for cannabis testing that detects between two and five nanograms of TCH per ml of blood results in a three-day license suspension, $250 fine, and $287 license reinstatement fee for a first offence.

Medical Marijuana Will Not Get You Off the Hook

Medical cannabis users must ensure that the drug does not impair their driving ability and that cannabis blood levels are below prohibited levels. However, medical cannabis users are not subject to the zero tolerance requirements, which would allow them to legally drive with less than two nanograms of TCH per ml of blood.

Ontario police agencies primarily rely on four different methods to determine a driver’s cannabis impairment: standardized field sobriety testing (SFST), a 12-step drug recognition expert (DRE) evaluation, approved (roadside) drug screening equipment (ADSE), and blood sampling. Police can arrest a suspect for a DUI based on cannabis impairment based on either the SFST, ADSE, or both. Once arrested, police can demand a blood sample, DRE, or both. If arrested, you have the right to speak to a lawyer before blood extraction and/or DRE evaluation, but this right does not apply with SFST or ADSE testing when police initially stop you.

With support from the federal government, Ontario police have been rapidly adopting the use of roadside ADSE to check for drug impairment since 2018. However, the drug testing devices have not yet established the same level of historical reliability as that of roadside alcohol testing devices and breathalyzers. Some police agencies have yet to adopt the devices, and their efficacy is still under review by the government and open to challenges in court. Other testing elements for cannabis impairment also lend themselves to courtroom challenges.

The basis for most drug impaired DUI charges tends to be more subjective than that of alcohol impairment charges. Crown prosecutors have first to prove that your driving was actually impaired, and then verify that the drug—cannabis—caused the impairment. Charges laid solely based on DRE evaluation are open to numerous legal challenges, and blood samples can be challenged if the DRE or roadside testing did not warrant the grounds for demanding them.

Consult with TorontoDUI for Your Cannabis-Based DUI Defence

If you are charged in the Greater Toronto Area for a cannabis-related DUI, seek out the service of an experienced criminal defence DUI lawyer. Skilled Ontario DUI lawyers can strategize a defence that can lead to withdrawn charges, reduced charges, mitigated penalties, dismissal, acquittal or other favourable result.

With more than 15 years of defending GTA defendants from all types of DUI charges, the criminal trial DUI lawyers at TorontoDUI have successfully defended thousands of clients. If you or someone you know has been charged with a DUI because of cannabis, contact the highly criminal defence lawyers at TorontoDUI for a free consultation.