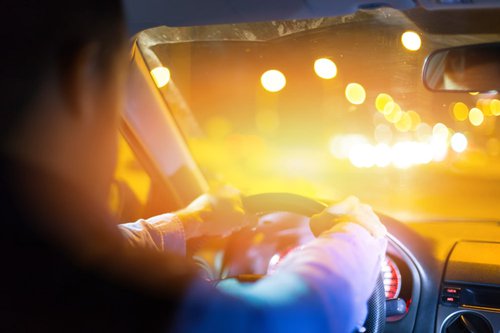 The majority of Toronto-area drivers know that driving while under the influence (DUI) of alcohol is illegal, but not everyone understands why a seemingly victimless crime is treated so harshly by the government. While most people understand that drunk drivers are responsible for a disproportionate number of traffic accidents and fatalities, some question why anyone should be punished without actually first causing them.

This is a fair question, especially when you consider that far more people are arrested for driving under the influence in a given year in Ontario than are involved in a traffic accident caused by a drunk driver or killed by a drunk driver. For example, impaired drivers were responsible for 1,902 Ontario motor vehicle collisions in 2017 and 208 people were killed in collisions involving impaired (alcohol and/or drugs) drivers. Meanwhile, according to analysis of Statistics Canada data, more than 20,000 people were arrested for impaired driving-related offences in Ontario during the year. Thus, it could be argued that roughly 18,000 people were arrested for DUI absent causing any harm to the public.

Impaired Driving Akin to Threatening the Public with a Gun

Impaired Driving Threat Due to Alcohol Effects on the Brain

Getting behind the wheel while impaired inherently causes the threat due to alcohol's profound effect on the brain and on one's ability to drive safely. These effects can be so debilitating that traffic safety experts would agree that an impaired driver represents bullets in a loaded gun being brandished about in public, as represented by the motor vehicle. The trigger, as represented by an accident, might not get pulled, but the finger is on it as soon as the motor vehicle begins moving.

So, how does alcohol affect the brain and how does it impact one's ability to drive safely?

Well, lets consider what alcohol does to the brain first. Alcohol is a depressant that slows the functioning of the central nervous system and releases endorphins that help people feel more relaxed, less stressed, and more sociable. Sure, those endorphins and relaxed central nervous system helps you feel good, but that buzz is also interfering with the brain's communication pathways and your brain's ability to process information. And the more you drink, the more incapacitating that interference.

The Stages of Intoxication and Potential Impact on Driving Ability

When you drink alcohol, it is quickly absorbed into your bloodstream via the lining of your stomach. The bloodstream spreads the alcohol throughout your body, with it reaching the brain within five minutes of consumption. Alcohol's intoxicating impacts start to take hold when intake exceeds the liver's ability to metabolize and break it down.

Researchers have broken down the stages of alcohol's effects based on blood alcohol concentrations (BAC), which in turn can be highly variable due to body weight, gender, metabolization rate, amount of food in stomach, and other factors. In general, though, 0.6 ounces of pure alcohol will raise your BAC anywhere from .01% to .03%. Note that the legal BAC threshold for impaired driving in Ontario is .08%. For clarification, 0.6% ounces of alcohol is generally equivalent to:

The stages of alcohol intoxication emerge with rising BAC levels and symptoms of each may remain present through the subsequent rise of BAC levels. The stages and their potential impact on driving ability are as follows:

While the DUI lawyers at TorontoDUI trust that our informative blog will make you think twice before getting behind the wheel after having a couple of drinks, everyone is prone to making errors in judgment and we stand ready to help you make sure that the impacts of such an error are not compounded by onerous legal penalties. We rely on a wide range of DUI case-winning strategies that have proven highly effective and have established a solid record of helping those charged with DUI in Ontario win their cases or otherwise secure a favorable outcome. If you or someone you know has been charged with DUI or related offences in the GTA, contact the highly skilled lawyers at TorontoDUI for a free consultation.