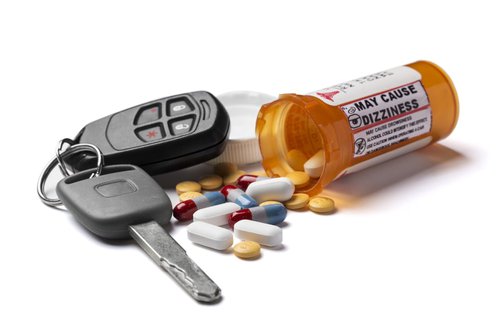 Most Toronto area drivers know that they can be charged with "driving under the influence" (DUI) if caught driving while impaired by drugs. However, many drivers are not aware that Ontario DUI laws also cover impairment by prescription drugs and over-the-counter medicines.

This means that if Ontario police believe that your driving capabilities have been impaired by prescription drugs or over-the-counter medicines, they can charge you with drug-impaired driving. This specific DUI charge is typically brought based on physical evidence and witness observation, though blood concentration-related test results can be introduced as evidence, as well.

A conviction for drug-impaired driving—even if only based on prescription or over-the-counter medications—carries the same severe penalties and a criminal record as other DUI convictions. Thus, if you are facing drug-impaired driving charges based on medications, make sure that you secure the best criminal defence possible, such as that offered by the skilled lawyers at TorontoDUI.

The Reasoning Behind Medication-Based DUI

The Canadian government recently reported that the "percentage of Canadian drivers killed in vehicle crashes who test positive for drugs now actually exceeds the number who test positive for alcohol. Canadian researchers have not delineated what percentage of these fatalities may have been caused by legal medications, but studies show that many prescription and over-the-counter drugs can cause many of the same assortment of symptoms that impair drivers under the influence of alcohol and illegal drugs.

These symptoms can include:

Opioid-based prescription drugs and other depressants commonly cause such impairment symptoms, as can some over-the-counter sleeping medicines and antihistamines. While not as common, some over-the-counter cough and upset stomach medications can also cause impairment when dosages are exceeded. In short, it's always best to read the warning labels on all medications, follow the recommended dosages, and avoid driving if the label indicates possible impairment with their specific use. In particular, heed specific warnings against operating machinery and driving motor vehicles.

Note that older drivers may unwittingly be more prone to medication-based impairment, as those over age 65 take an average nine medications per day. Some drug combinations can produce impairing side effects and/or bad reactions. Older drivers are more likely to mistakenly take too much of a prescribed or over-the-counter medication. Slower metabolism in older drivers also means they typically can't break down and process the drugs in their systems, potentially leading to longer periods of impairment.

Generally speaking, Toronto-area motorists are most likely to be charged with a medication-related DUI based on medical marijuana. While its use and possession are now legal both legally and recreationally, it is still the driver's responsibility to ensure that they are not impaired by the drug and that cannabis blood levels are below the prohibited levels. These levels are:

Potential Impacts of Driving While Impaired by Medications

Given the extent to which some prescription drugs and over-the-counter medications can cause impairment, your safety should be your primary concern. Whether by alcohol, recreational drugs, or medications, impaired driving is dangerous. If you or a loved one are injured or killed because of impaired driving, it doesn't matter what ultimately caused the impairment.

Your Secondary consideration should be the law. If you are charged with DUI as a result of impairment by medications, you face the same severe penalties that come with a conviction for any other DUI charges. At a minimum these penalties include:

Whatever the Impairment, Consult with TorontoDUI for Your DUI Defence

If you are charged in the Greater Toronto Area for a DUI because of prescription drug or over-the-counter medicines, seek out the service of an experienced DUI lawyer. Experienced Ontario DUI lawyers are highly adept at strategizing a defence that can lead to withdrawn charges, reduced charges, mitigated penalties, dismissal, acquittal or other favorable outcome.

Defence tactics for a drug impaired DUI usually differ from those used to defend against alcohol impaired DUI cases. The basis for any drug impaired DUI tends to be more subjective than that of an alcohol impaired DUI, a factor that holds especially true for DUIs based on medications. Not only do Crown prosecutors have to prove that your driving was impaired, but also that the prescription drugs or over-the-counter medications can cause impairment at the alleged dosage you took them. Charges laid solely on a certified drug recognition expert (DRE) evaluation are open to a wide variety of challenges. Blood samples can also be challenged if the grounds for ordering such were not warranted by the DRE or roadside testing. In short, defence lawyers have numerous tactics they can use to mount a successful defence in medication-related DUIs.

With more than 15 years of successfully defending GTA defendants from all types of DUI charges, the criminal trial DUI lawyers at TorontoDUI have proven highly successful at securing favorable outcomes for their clients. If you or someone you know has been charged with a DUI because of prescription drugs or over-the-counter medications, contact the highly skilled lawyers at TorontoDUI for a free consultation.