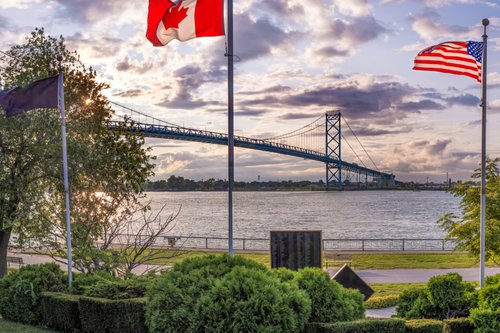 Most Canadians know that our country treats driving under the influence (DUI) as a serious criminal offence. However, many Americans only find out how serious Canada is about combatting impaired driving when they are denied entry at our border. Our border control officials are legally allowed to bar access to any non-resident arrested or convicted of DUI. And they do!

Under Canadian border control and immigration laws, non-residents charged or convicted of an indictable offence are criminally inadmissible for entry into our country. Because DUI is an indictable offence in Canada, any non-resident with a DUI is technically inadmissible. With well over one million Americans arrested for DUI annually, there could be over 50 million Americans who can legally be barred from entering our country.

Starting in late 2015, though, Canadian border control officers gained full and instant access to the U.S. Federal Bureau of Investigation's criminal database. This meant that officers could instantly check whether a U.S. traveller had a DUI or other noteworthy arrest. Border officers maintained discretion on whether to allow entry, but the new power perhaps provided them more impetus to deny entry.

Before 2015, border control officers could not quickly check the truth about a traveller's response to their questions about DUI or other arrests. With the new FBI access, officers could instantly check the answers, and we would be willing to bet that travellers who lie are given the proverbial boot out of our country. In fact, Canada Border Services Agency data analyzed by La Presse suggests that the number of Americans denied entry into Canada increased by 31% after the agency gained instant FBI access. We'd be further willing to bet that a large percentage of that increase was related to DUIs.

What If You Haven't Been Convicted Yet?

Canadian immigration law treats an arrest the same as a conviction for the purposes of denying entry. The law considers a pending DUI charge as "under indictment," which is grounds for denying entry. Thus, if your U.S. DUI is still making its way through the court system, you can legally be prevented from entering Canada until you have proof that the court dismissed the charges, acquitted you, or otherwise disposed of the case without a conviction. Note that a reduction of DUI charges to "reckless driving" could also make you inadmissible for entry if the charge is deemed the equivalent of Canada's "dangerous operation of a motor vehicle" offence.

Travellers with a foreign DUI who want to enter Canada have three options to make their entry legal and prevent a denial of entry at the border: Temporary Resident Permit, criminal rehabilitation, and deemed rehabilitation. Even if you have been pardoned or had the record of your DUI expunged in your home state, border patrol officers can still deny your entry. Thus, to ensure the smoothest border crossing, we recommend you avail yourself of Canada's legal remedies.

A Temporary Resident Permit (TRP) is the only option for those who have completed the terms of their DUI conviction within the past five years. The TRP allows a person to enter or stay in Canada for a designated period and is valid for multiple entries for up to three years. To qualify for a TRP, applicants need a reasonable reason for entering Canada and be able to prove to Canada Border Services that they do not represent a threat to Canadian society. TRP processing is highly subjective, so anyone applying needs to craft a well-prepared and compelling TRP application.

Those who completed the sentencing terms of their DUI more than 10 years ago may be eligible for "deemed rehabilitation." Applicants do not have to apply for this before trying to enter the country but should make sure that they qualify before arriving at the border. You can also apply by mail prior to your visit to ensure approval of the application.

Whether by mail or in person, applicants need to complete the application and submit the following supporting documentation:

We Recommend Resolving Your DUI Status in Advance

While Immigration and Citizenship Canada allows travellers to apply for deemed rehabilitation or a TRP at border crossings, there is no guarantee that either might be approved and issued that day. Border control officials need proof that the sentencing terms have been complied with and that the applicant does not pose a risk to the country. Absent proper documentation and/or other evidence supporting the TRP or deemed rehabilitation, the application might be denied. Know also that the approval process for permanent criminal rehabilitation can take up to a year.

To secure the best chances of securing legal entry into Canada despite a DUI, you should always consult with an experienced DUI lawyer to help you navigate the paperwork and develop a clear path for gaining the necessary admissibility.

If you face cross-border issues relating to DUI, the skilled lawyers at TorontoDUI might be able to help. With extensive legal practice addressing DUI law and more than 15 years of successful DUI defence in the Greater Toronto Area, our lawyers are highly adept at addressing all DUI issues. If you or someone you know is having problems resolving a DUI-related issue, contact the highly skilled lawyers at TorontoDUI for a free consultation.