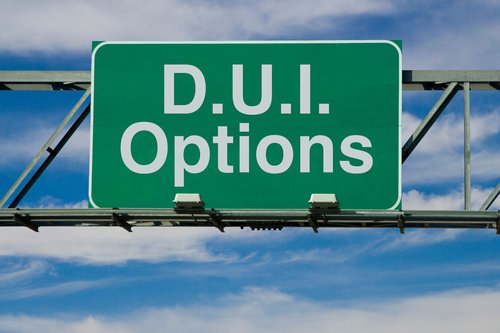 What is a DUI?

Many people have the same question, what is a DUI? Simply put, impaired driving is operating a motor vehicle (trucks, cars, boats, snowmobiles and off roading vehicles) when your ability or capabilities have been compromised by consuming drugs or alcohol.

In Canada, the max. blood alcohol concentration for licensed drivers is 80 milligrams of alcohol per 100 milliliters of blood. Driving with BAC above 0.08 is a crime that comes with stiff and se-vere penalties.

In Canada, if you're pulled over while operating a vehicle under the influence of drugs or alcohol you'll need to hire a Toronto DUI Lawyer.

There are now new laws that police can enforce when it comes to charging those who are found to be driving when impaired while driving.

These new laws give police the power to perform a roadside screening test to determine if a driver is driving under the influence. Bill C-46 the Impaired Driving Act under the Criminal Code, is connected to the legalization of marijuana. The four main changes to Canada's impaired driv-ing laws are as follows:

Police will no longer require a reasonable suspicion to suspect a driver is under the influence of alcohol.

In past, police conducting a roadside checkpoint could only force a breath test if there was a smell of alcohol coming from inside of the car, slurred speech or an inability to focus. Cans or bottles of alcohol that are visible in the car would also grant police authority to perform a road-side field sobriety test.

Saliva testing to determine drug use

Police now have the ability to use a roadside saliva test that screens saliva for drugs. The test can determine if the driver has used cocaine, methamphetamine or THC found in marijuana. A saliva test cannot be random, a reasonable suspicion is required to force the test on the suspected impaired driver. Given that these tests are so new, many feel like the method of testing have not have enough testing itself to be considered reliable. For this reason many who are being charged with impaired driving immediately hire a Dui lawyer in Toronto.

Drivers tested who have THC in their blood at levels equal to or higher than the government threshold will be subject to fines and criminal charges.

Dangerous impaired driving is now considered a serious criminality. Meaning that the maximum sentence has been increased from five years to 10 years. If you've been charged with a DUI, Toronto DUI lawyers are vital to helping their clients fight the case.

This new seriousness nature that impaired driving caries could affect both permanent residents and foreign nationals. Section 36.1 of the Canadian Immigration & Refugee Protection Act says that individuals who are convicted of a "serious criminality" inadmissible to Canada. If convicted, these individuals could lose permanent residence status and face deportation.

If you have been charged with a DUI, call a DUI lawyer who is fully capable of helping you. To learn all of the options that are available to you, contact Toronto DUI today for a free consolation. Toronto DUI employs only the top Toronto DUI lawyers.