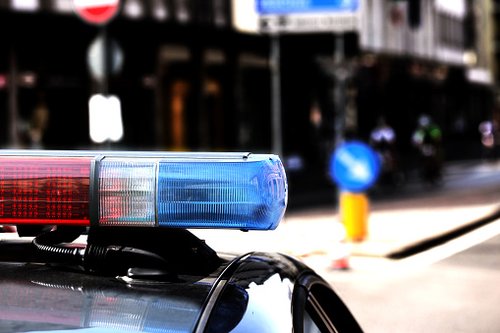 Have you been wondering if the police officer who pulled you over for your DUI did everything properly?

It's not uncommon for police officers to make mistakes, including ones that could lead to you being acquitted. Here's a look at the most common errors:

They Shouldn't Have Pulled You Over in the First Place:

In order to pull you over for drunk driving, a police officer must first have reasonable suspicion that impaired driving is occurring. While there are numerous reasons that can lead to reasonable suspicion, from unintentionally crossing over marked traffic lanes to failing to signal properly, if there was no reason then you should certainly let your Toronto DUI lawyer know. If the officer didn't have the right to pull you over in the first place, then any subsequent proof of drinking and driving may be inadmissible. During Toronto's holiday RIDE program, the police conduct wide scale checkpoints, in which they are allowed to check for drinking and driving.

When you're being charged with a crime, including a DUI, agreeing to a breathalyser test, or having a field sobriety test administered, then you are required to be able to understand what's happening. If you are unable to because you don't speak the language the officer is speaking, whether your English is not good or you're driving through Quebec and the officer will only speak French, your rights have been violated and you should tell your drunk driving lawyer about the situation immediately. Toronto requires that people who cannot understand English be provided with a translator so they are able to understand what is happening.

Unlike a blood or breath test, the field sobriety test has subjective elements, and that includes how it's administered. If the officer fails to be professional while administering the test, or mishandles protocol, that could lead to an acquittal. This is especially relevant in instances where there is suspicion of influence other than alcohol and a breathalyser test will not provide proof of being under the influence.

Not Doing the Breath Test Correctly:

Even though the results of a breathalyser test seem like an indisputable number indicating you're over the limit or you're not, the fact is that there's a whole host of mistakes that can occur that will lead to incorrect results. From improperly calibrating the breathalyser to using a faulty unit, it is incumbent upon police to ensure that breathalysers are functioning properly.

Wasting Too Much Time:

If the timeline of when the suspect was pulled over and tested does not line up with reasonable expectations then there may be red flags raised for the judge. All roadside tests should be conducted promptly and each step in the arrest process—reading of rights, being taken to station, speaking with legal representation—should occur at a fair and logical time.

When facing a DUI it's important to choose experienced impaired driving lawyers. Canada and Ontario have specific laws and instances that police may fail to follow. This information in the hands of a trained DUI lawyer might allow for an acquittal or reduction to a non-criminal charge.