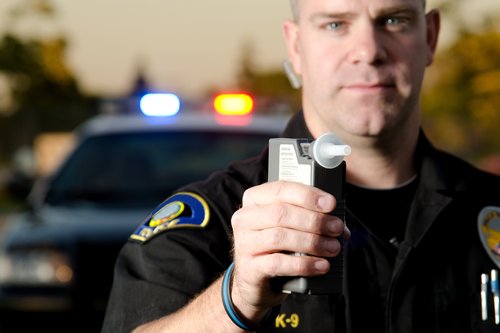 Charged with a DUI in Toronto?

A DUI is of course an American term — an acronym for "driving under the influence."

But impaired driving charges are very real in Canada too. And facing them is something you should take extremely seriously.

Your very first move? Don't even question it: Hire a drinking and driving lawyer in Toronto as soon as possible.

Why Do I Need a DUI Lawyer for a Simple Impaired Driving Charge?

Unfortunately, an impaired driving charge is not simple. The laws that correspond to impaired driving offences in Toronto are extremely complex. Understanding them is difficult. And if you have multiple charges against you? Things get even more complicated.

That's the first reason to hire one of the top DUI lawyers Toronto has available — they can unravel the complex legal jargon and explain all of the complexity to you in a simplified manner. This is important because sometimes, you may be charged with offenses you didn't commit, and naturally, you'll want to fight these in order to limit your fines, fees, jail time, and licence suspension.

Therefore, the second reason to hire one of the top DUI lawyers Toronto has available is to ideally mitigate your charges. Again, this may be through fighting false charges against you, or it may be through organizing a reasonable defence in your case.

It is essential that you fully grasp what you've been charged with and take these charges seriously because Canada and Ontario are exceptionally strict on impaired driving in Toronto. It is considered a serious criminal offense, the consequences of which can be catastrophic to your life.

With this in mind, remember that all DUI cases in Toronto are different, so it's best to have a professional take a look at your unique situation before coming up with a solid defence. This can be done at your initial consultation appointment with a DUI lawyer Toronto.

What Are the Consequences of Impaired Driving in Toronto?

Still not convinced you need a lawyer in your DUI case? We mentioned the charges for this offence were grave — take a look:

According to the Ontario Ministry of Transportation, in addition to provincial fines and suspensions, these are the charges you will face when caught driving under the influence:

Third Offence and Beyond

Keep in mind that these charges have even further-reaching consequences than the legal and financial tolls they take. For example, having these charges on your record can hinder your ability to find a job or obtain credit.

Hiring a DUI Lawyer in Toronto

In many cases, you can avoid the extreme consequences of impaired driving and/or mitigate the charges against you. It all starts by giving us a call today at 416-800-1319. Your initial consultation in which you explain your situation and we present your options is free.

Our attorneys are the DUI lawyers Toronto residents trust. We are extremely skilled and experienced in Canadian impaired driving law and key defences.

Let us help you. Call today.